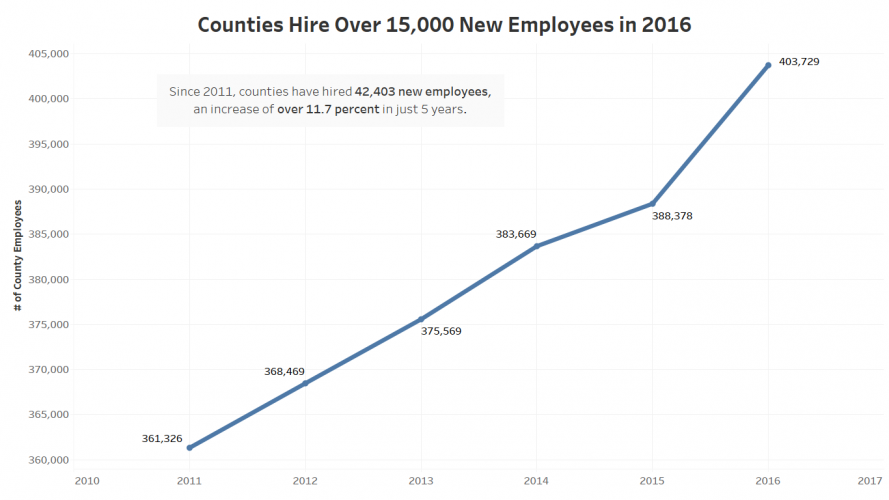 California counties increased the number of employees by a whopping 15,351 in 2016, a change of 4.0 percent over the previous year and the fastest growth in at least a decade, according to a CSAC analysis of information released by the State Controller’s Office.

Employee compensation has grown even faster than employment, with wage growth rising by 5.6 percent. In 2016, counties in California paid a total of $26.9 billion in wages, plus another $10.1 billion in health and retirement benefits, for total compensation of $37.0 billion.

Since 2011, when some county revenues finally started recovering from the recession, counties have increased the number of employees by 42,403, a change of 11.7 percent.

As counties continue to depend on state and federal funding for many of their programs and—with a few exceptions—continue to see only modest revenue growth from property taxes we will have to keep an eye on how they deal with coming challenges, such as increased pension costs and a larger share of In-Home  Supportive Services (IHSS) program costs.