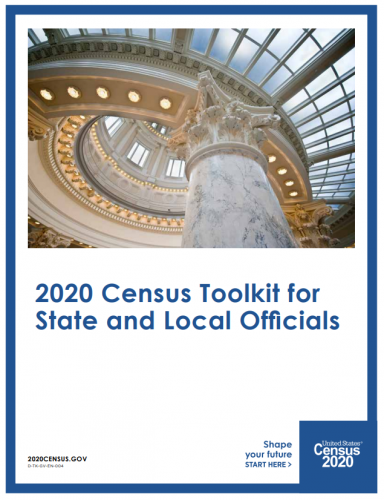 Genealogy is a pretty big deal in my family. My mother’s family arrived in this country before the American Revolution. Thanks to the very first census record in 1790 and other sources, we’ve traced our lineage to Martin Van Buren, the eighth U.S. President, and later records helped map our family connection to Norman Jay Coleman, the first U.S. Secretary of Agriculture.

Beyond genealogists, county officials are another group that knows the importance of an accurate census count. Collecting information on who is living where every 10 years has significant impacts now and into the future, as census data determines funding for schools, hospitals, public transportation, parks, and social services; as well as the apportionment of congressional districts throughout the country.

Counties across the country are gearing up for this historic count, and the U.S. Census bureau released its 2020 Census Toolkit for State and Local Officials, which contains resources for local governments and community organizations mobilizing for a complete count.

The toolkit is designed to help increase response rates to the Census, create public advertising campaigns, access “hard to count” communities and respond to constituent inquiries.

With $800 billion in annual federal funding directed by decennial census results, an accurate and complete count is crucial to ensure federal support for counties reflects each jurisdiction’s full population. Counties are encouraged to take steps to prepare for the Census by organizing outreach efforts and utilizing resources like the toolkit to ensure an accurate count.

The California Complete Count Committee is continuing its quarterly meetings to ensure counties and local governments are moving forward on their census plans. Meeting today in Los Angeles, the committee will hear staff updates, status of the Census Outreach and Public Relations (Media) Contract, a demo of the Statewide Outreach and Rapid Deployment (SwORD) portal, outreach updates and more. Access a live stream of the meeting, starting at 9 a.m., or a recording here https://census.ca.gov/events/cccc-meetings/.

CSAC appreciates the Census Bureau’s efforts to coordinate with state and local officials, and we will continue promoting public awareness about the 2020 Census.