California’s energy industry is undergoing historic transformations that could benefit the environment and millions of consumers across the state. As the grid operator for nearly 80 percent of the California and a small portion of Nevada, the California Independent System Operator (ISO) is playing a key role to help implement these ambitious policies.

A key development in this transformation occurred last year when the legislature passed and Governor Edmund G. Brown Jr. signed Senate Bill 350—the Clean Energy and Pollution Reduction Act. This landmark climate change legislation established, in part, a state goal of getting half of its electricity from renewable energy sources by 2030. The law also recognized the potential for a multi-state electric network to help in reaching that renewable energy goal. The ISO has studied the impacts of regionalization, essentially an expansion of the ISO’s electricity grid over 11 western states. 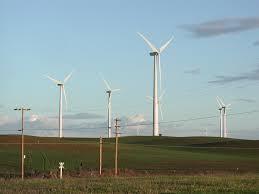 Reaching the 50 percent mark while maintaining reliability comes with its challenges but also rewards. Today, there are 38 separate balancing authorities in the West, each balancing supplies with demand in their own service area.

Earlier this year the ISO – following numerous public meetings and input – completed in-depth studies that measured the environmental and economic impacts of combining those balancing authorities into one grid operated by the ISO. The studies found that a multi-state, regional electric market would improve grid operations, efficiency, and have considerable economic benefits.

California ratepayers could save up to $1.5 billion annually by 2030 under regionalization, create up to 19,400 new jobs, and increase average household incomes by $300 to $550 a year.

The environmental benefits of the regional grid also would be significant. Growing amounts of renewable energy could be more easily integrated into a regional grid than by smaller, separate grids. Harmful greenhouse gas emissions (GHG’s) in California would be reduced by an estimated 4 to 5 million metric tons, or 8 to 10 percent for the electric sector. By 2030 the western region would see a GHG reduction of 10 to 11 million metric tons. It would also reduce the impacts on land and water resources, and ease pressure on biological resources and groundwater extraction for construction and operation of power plants. Disadvantaged communities would experience economic gains and a cleaner environment.

The success of a true regional grid, however, must be accompanied by a new governance structure that is representative of the numerous states and their utilities across the West. The ISO has been partnering with numerous state agencies to establish a governance proposal that would eventually manage a western grid. A final governance structure would need legislative approval before a regional grid could be established.

The California Energy Commission hosted a workshop on this issue earlier this summer with plans to hold a second workshop later this year. The ISO welcomes the participation and input of county stakeholders in this process. For more information visit the “Benefits of a Regional Energy Market” page on the ISO website: www.caiso.com.

Steve Berberich is the President and CEO of the California Independent System Operator.