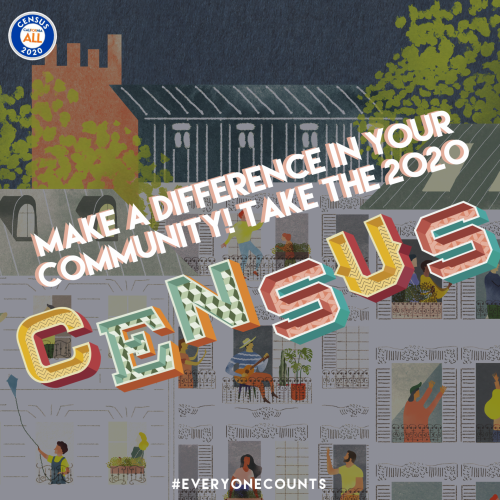 There is just one week left to respond to the Census! That is, unless current lawsuits force the Census Bureau to extend counting. As the countdown clock ticks, there is a lot on the line for California counties. The results of the census affect how billions of dollars are appropriated to state and local governments each year, and provide the population information counties will use when they redraw their supervisorial districts ahead of the 2022 elections. Never more has the importance of accurate counting been demonstrated than this year.

The COVID-19 pandemic led Congress to pass the single largest economic rescue package in U.S. history. In all, the Coronavirus Aid, Relief, and Economic Security Act (CARES Act) included $150 billion in aid for state, local and tribal governments, which was allocated based on population. Each state received funding based on relative population, and local governments with 500,000 or more citizens received their own direct payments. If future aid packages are tied to population, a complete count could directly impact a county’s bottom line.

The pandemic also led to major delays in the Census Bureau’s counting efforts. In a normal year, the counting, also known as enumeration, for most states would begin in March and be completed by July. However, right as the survey was being distributed to households across the country, COVID-19 was spreading rapidly. Many states went in to lockdown preventing Census workers from beginning their door-to-door follow up and enumerations of traditionally hard-to-count populations, like those experiencing homelessness.

The Bureau initially announced that it would complete counting operations by October 31, with the goal of delivering the official results to Congress by April 30, 2021. This report is traditionally delivered by December 31 in the year the Census is started.  However, in August the Trump Administration announced that enumeration would wrap up by the end of September and the Bureau would deliver the data by the original December deadline.

In response to this announcement CSAC sent a letter to Congressional leadership urging them to take action to extend the statutory deadlines. The accelerated timeline reduces the post-count operations from six months to three, and eliminates several quality control reviews designed to help identify people who were either missed or counted more than once.

A coalition led by the National Urban League has turned to the courts in an effort to give the Census Bureau more time to count. The coalition is pushing for the enumeration schedule to revert back to the October 31 deadline, and earlier this month a federal judge in California agreed, placing a temporary restraining order to prevent the Bureau from winding down operations. The order was set to expire this week ahead of a hearing, however, that hearing was cancelled after the Justice Department missed a deadline for producing records. While awaiting to see what conclusion this lawsuit, and a similar one in Maryland, come to what we can guarantee is that the matter is far from over. The Trump Administration is planning to appeal the order, and has asked the Supreme Court to consider the matter.

The drama continues to reign outside the courts as well. This week, the U.S. Department of Commerce’s Inspector General (IG) determined that the order to cut the 2020 Census short did not come from the Bureau itself, and could result in an inaccurate count. The IG has not said where the order came from, but is continuing to investigate for potential political interference.

The bureau aims to enumerate at least 99 percent of households. As of September 22, over 95 percent of households nationwide have responded to the Census, while California’s response rate sits at just over 97 percent. The U.S. House Committee on Oversight and Government Reform reports that just a 1 percent undercount in the census could mean states lose tens of millions or even hundreds of millions of dollars in federal funds.

California leaders have invested $187.2 million toward a statewide outreach and communication campaign. California is the hardest-to-count state in the nation, with a large, diverse population, and a high number of people considered traditionally hard-to-count, including recent immigrants, people who lack high-speed Internet access, and people with limited English proficiency.

So while the courts continue to deliberate the deadline for counting operations, California Counties should still be working hard to ensure a complete count. The Secretary of State’s office has launched the California Census Challenge to incentivize local governments to increase their response rates. The California Complete Count- Census 2020 office also has a promotional tool kit with graphics and social media posts in multiple languages that counties can use to encourage participation in the final days of the 2020 Census.

Together we can ensure California gets counted in the 2020 Census and ensures the maximum funding and representation for our communities..

Ada Waelder is the CSAC Legislative Analyst in the policy area of Agriculture, Environment and Natural Resources.