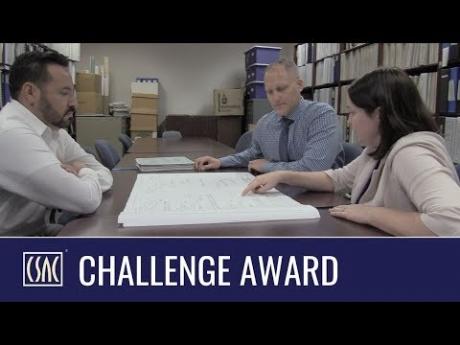 About 15 years ago, while working for the Western Plant Health Association, I testified in support of a project at the Port of San Diego alongside representatives from the Audubon Society, the Teamsters Union and more. It struck me as funny that civil engineering could bring together such diverse groups, and that’s exactly the case in Riverside County’s Southeast Drainage Channel Improvement Project.

After the Corona Landfill closed in 1986, the southeast channel located adjacent to the landfill became an integral link in the city of Corona’s drainage plan to convey storm water from about a third of the city’s watershed.

Over time, a new residential development grew up to the channel’s southern bank while increased storm events and flooding eroded the armor of the slope. As the channel took on more and more water, Riverside County’s Department of Waste Resources (RCDWR) had to return to the site every couple of years to repair the channel from storm water damage to prevent landfill material from being exposed to the environment.

After a while, it became clear that a more permanent solution was necessary. The channel needed to be expanded within a small footprint, in a way that would slow the water velocity and protect the public and the environment from landfill exposure. To further complicate matters, the channel contained habitat for a federally and state-recognized endangered species, a small bird called the Least Bell’s Vireo.

“What’s unique about this project and this program is instead of focusing solely on the engineering, we collaborated with the conservancy agencies and came up with a solution that was both sound engineering and environmentally sound,” said Sarah Lunetta, Senior Civil Engineer for Riverside County. “Furthermore, we were able to design this project in a way that saved the county millions of dollars in mitigation fees.”

Early in the permitting and design stages, RCDWR consulted and collaborated with multiple environmental, regulatory and conservancy agencies, including, but not limited to the US Army Corps of Engineers, California Department of Fish and Wildlife, and the California Regional Water Quality Control Board, in generating a solution that included on site mitigation.

“This was a project where we had to work closely with all of our stakeholders in the area; the neighbors, the resource agencies, the engineers, we even had the city involved,” said Ryan Ross, Riverside County Planning Division Manager. “It made a huge difference in the project to meet with the regulatory agencies and coordinate with them early. We had them onsite, we showed them our plans and they were really excited about the potential.”

“From an engineering standpoint this project was innovative because typically the best result to maintain the integrity of the channel was to line the entire channel with concrete. Engineering decided it was better to preserve some of that habitat,” said Jose Merlan, Urban Regional Planner IV for Riverside County. “Our approach is always to avoid, mitigate and minimize (environmental) impacts. It gives me the satisfaction to know that we helped to preserve the county’s natural resources and the public’s natural resources.”

Since construction completion, the channel has performed well in winter storms, with flow capacity, protection from landfill exposure and reserved habitat for the endangered Least Bell’s Vireo.

“This project is one of the reasons why I love being a civil engineer for Riverside County,” said Lunetta. “I have this opportunity to use engineering techniques and practices, with creativity, to pursue a solution that can be beneficial both to the citizens and to the environment.”