Renewing the California Dream for a New Generation

I was excited to attend the inauguration of our 40th governor of California, Gavin Newsom, with CSAC Executive Director Graham Knaus. I have had the chance to spend time with Governor Newsom when he served as California’s Lieutenant Governor. From disaster relief efforts to the California Economic Summit, our paths have crossed quite a bit and we have many common contacts, so it was with much anticipation that I followed his campaign. 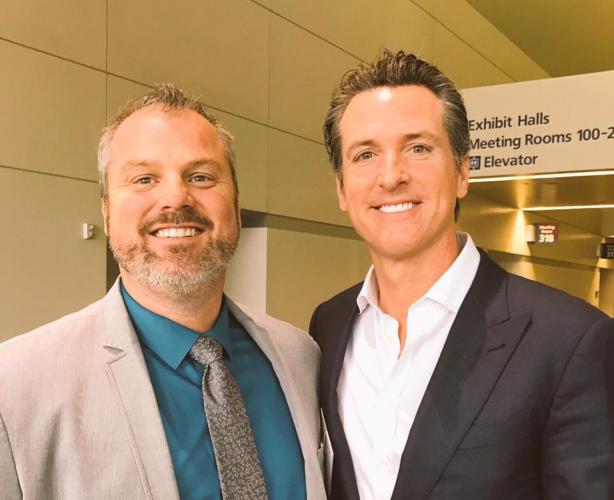 It was truly an honor to see firsthand what happened “inside the tent.” Graham and I enjoyed the range of diversity displayed in the inauguration, from Voices of Destiny, the Compton church choir, to Los Cenzontles, a Mexican-American ensemble from San Pablo. In between performances, we had the chance to visit with Lenny Mendonca, recently appointed as the Director of the Governor’s Office of Business and Economic Development, and Riverside County Supervisor and former Assemblymember V. Manuel Perez. We also connected with the League of Cities President and Grass Valley Councilmember Jan Arbuckle and discussed the need to work collaboratively and stand strong for local government.

Throughout his campaign, Governor Newsom discussed his positions on several key issue areas that CSAC follows closely. While he was very general in terms of addressing wildfires and other natural disasters in his inaugural address, affordable housing was an area where he was specific, calling for a Marshall Plan approach. Indeed, the need for affordable housing was very much the buzz in the tent both on and off stage during the inauguration.

Furthermore, I was pleased to hear Governor Newsom declare the mission for his administration to be a “California for all,” not divided between rural and urban, coastal and inland. In fact, these words reminded me of our mission and goals for CSAC and underscore why I am so proud to serve as an officer. We truly work together as one County Voice.

Through the leadership of CSAC’s officers, Executive Director and the entire county family, we can continue our partnership with the state to ensure counties have the resources, authority and flexibility to meet the unique priorities of their communities. CSAC will seek to forge strong partnerships with the Governor and his administration on these early actions and many others. We will likely also find a local government advocate in Lieutenant Governor Eleni Kounalakis, who shared an anecdote during her inauguration about the five months she spent ensuring she visited all 58 California Counties.

Finally, I was struck by Governor Newsom’s call for policies that will renew the California dream for a new generation. In perhaps the most poignant of moments, this commitment was underscored when his 2-year old son Dutch made an extended cameo on stage. California has not had a governor with children living in Sacramento in over three decades. As a father myself, I am happy to see Governor Newsom put such an emphasis on policies that  will impact us today, but also impact the next generation.

As Governor Newsom continues to flesh out his budget and policy priorities over the coming weeks and months, I look forward to keeping this vision of the new generation front and center as we work together in Sacramento and Washington D.C. to advance all of California’s Counties.