RxSafe Marin is Saving Lives from the Opioid Epidemic 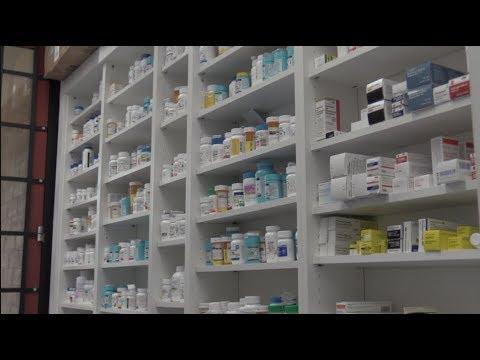 Mark Dale became an activist in Marin County after one of his sons almost became a statistic in the opioid epidemic. “I actually identified eight individuals who passed away: six students and two adults that were drug-related or drug driven,” said Dale. “And that’s what really woke me up. I opened my mouth because if my son had cancer, we’d be talking about it, but because there was a drug-dynamic around my son, most families just zip their lip. And that’s not good. The silence has been killing us.”

Between 2006 and 2013, Marin County saw a doubling of opioid prescriptions and a similar increase in the number of emergency room visits and overdose deaths associated with these drugs. They aren’t alone. According to the Centers for Disease Control and Prevention,115 Americans die every day from opioid overdose—that’s almost 42,000 a year. Opioid addiction has become a national scourge that affects even the most affluent communities.

Marin County Public Health Officer Matt Willis also noted the staggering toll opioids were taking in his community. In 2014 he officially asked the medical community to reduce the number of prescriptions they wrote for opioids, but he realized that alone wasn’t going to be enough. “This wasn’t just a problem of law enforcement. This wasn’t just a problem of our physicians needing to prescribe more safely, or pharmacists and community members being more educated. It wasn’t just one of those things; it was all of those things.”

As a response to this growing problem, Marin County founded “RxSafe Marin” a multi-faceted effort aimed at reducing opioid and prescription drug abuse, overdoses, and deaths, and to make effective treatment programs available for those who have become addicted. CSAC recently recognized Marin County with a Challenge Award for creating and leading this innovative and effective county program.

Dale and his son were among the lucky ones. Susan Kim and her son were not. “When Trey passed away, he died from using a concoction made popular by rappers with codeine cough syrup; ‘sizzurp,’ ‘purple drank’ are some of the slang names. I didn’t really know anything about prescription drug abuse, or that young people used prescription drugs recreationally. So, not only was I faced with the horror of losing my son, I had a lot of questions, like, cough syrup? How do people die from cough syrup?”

With more questions than answers, and with lives literally hanging in the balance, Willis, Kim, Dale and many others in Marin County began working together to address opioid abuse. They reached out to other counties, drawing from existing programs, but at the time, there were no comprehensive models to follow that addressed all of the various aspects of the opioid crisis.

So they designed their own program, starting with two premises: they had to talk openly about opioids and the impact on their families and the community, and the more points of view the better. What sprang from that was one of the first comprehensive programs anywhere in the nation that is successfully reducing opioid prescriptions, overdoses, and deaths. RxSafeMarin has now become the model for others to follow, and 32 other counties are using similar multi-faceted programs to address the opioid crisis.

RxSafe Marin is based on five action teams; Community-Based Prevention; Prescribers and Pharmacists; Data Collection and Monitoring; Treatment and Recovery; and Law Enforcement. Each team works on the opioid epidemic from its own perspective, but they also work collaboratively within the community. The partnerships allow them to share what’s working and to broaden their reach.

“RxSafe Marin is a coalition that allows for the kind of conversations we need to be having across sectors within government and with our private partners, especially our healthcare partners and our law enforcement partners, to address the epidemic in a more holistic way,” said Willis. So far RxSafe Marin has reduced opioid prescriptions by 30 percent and the number of overdose deaths by 20 percent. Naloxone, the drug that counteracts an opioid overdose, is now widely available throughout the county and with first-responders. Kids are getting the message in school and the wider community that opioids can be deadly, even in relatively small doses.

For people like Susan Kim, who lost her son to this scourge, RxSafe Marin provides a forum to educate various audiences about her loss. “For me, the best case scenario for my work and my efforts would be to spare another family the horror that I’ve experienced. But, any type of success, even if people are just storing and disposing of their prescription drugs properly, then I feel like every little bit helps, and we all can be soldiers in this war against the prescription drug epidemic.”

This Marin County program is a recipient of a 2017 CSAC Challenge Award, which spotlights the most innovative programs in county government. The Call for Entries for the 2018 awards will be released in April.