California Legislature Back at Work in Sacramento 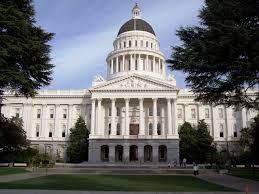 California’s 120 legislators returned to the State Capitol this week to begin [image1:] the real work of a new two-year legislative session. There are several major issues pending that will affect counties, not the least of which is the state budget. Governor Jerry Brown is expected to issue his initial spending proposal on the constitutional deadline of January 10.

State revenues have been reasonably close to projections for the 2016-17 fiscal year, but there is every reason to believe the Governor will remain conservative in his approach to the budget. This year, a new administration in Washington, DC adds to the uncertainty. Several proposals from the President-elect, particularly actions to repeal the Affordable Care Act, could significantly impact California and county revenues. CSAC will send out a Budget Action Bulletin promptly following the budget release.

Another significant issue still pending in the Legislature is transportation funding. The special session called in 2015 to address that issue expired on November 30, 2016, with no significant action. In the meantime, the deferred maintenance backlog continues to grow for both the state highway system and local streets and roads. The State backlog now exceeds $70 billion over the next decade, and the local number is more than $90 billion over the same time frame. Legislative proposals from Senator Jim Beall (D-San Jose) and Assembly Member Jim Frazier (D-Oakley) are on the table and the Governor and legislative leaders have promised to act on this issue quickly in the new session.

While Democrats hold a supermajority in both houses it does not guarantee that the legislative proposals will garner sufficient attention to pass. CSAC and partners in the Fix Our Roads coalition are engaged in an ongoing advocacy and communications campaign to keep this issue at the top of the legislative priority list.

Some other conversations that will continue from the prior legislation session include adequate affordable housing, the “No Place Like Home” homeless programs, and cap and trade auction revenues, which the state uses to address tree mortality and other environmental sustainability issues.

In addition, the Legislature will work on a variety of bills relative to cannabis this year. Voters legalized recreational use for adults via Proposition 64 in November, but there are still many open questions about cultivation and sales. There are already a number of legislative efforts to clarify some of those open questions. CSAC’s position is to uphold as much local control over these issues as possible.

A couple of other interesting notes about this year’s Legislature—there are an even dozen former county supervisors now serving in either the State Senate or the Assembly, and fifteen former state legislators who are now serving as a county supervisor. There are 31 new members of the Legislature in total, some of whom previously served in the other house.

The new Legislature presents plenty of opportunities for counties, but will also no doubt challenge some county priorities. Just as CSAC’s legislative team is setting up meetings with the new members to forge a working relationship, we encourage county officials to meet with their legislators to promote county issues.

County Of The Week: Trinity