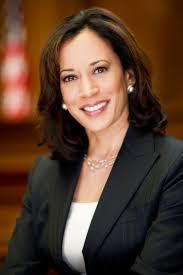 The initiative, submitted by proponents with the title “Voter Empowerment Act of 2016,” will officially be called “Public Employees. Pension and Retiree Healthcare Benefits. Initiative Constitutional Amendment.” The Attorney General’s description includes language stating that the initiative “eliminates constitutional protections for vested pension and retiree healthcare benefits for current public employees.” The Legislative Analyst’s Office released its analysis of the proposed measure and came to the conclusion that the potential impact is not quantifiable, since it will depend on future voter decisions. The analysis also noted the potential for legal challenges and influence on collective bargaining.

Receiving a title and summary is just one step in the lengthy initiative process. Next, proponents will circulate petitions to gather signatures from registered voters. Once petitions are submitted, the Secretary of State will review the signatures and qualify or disqualify the measure for the next election.

A similar initiative was proposed in 2014. Proponents of that measure sued the Attorney General’s office because they alleged the title and description were misleading.