Evolution of the 2018 State Budget 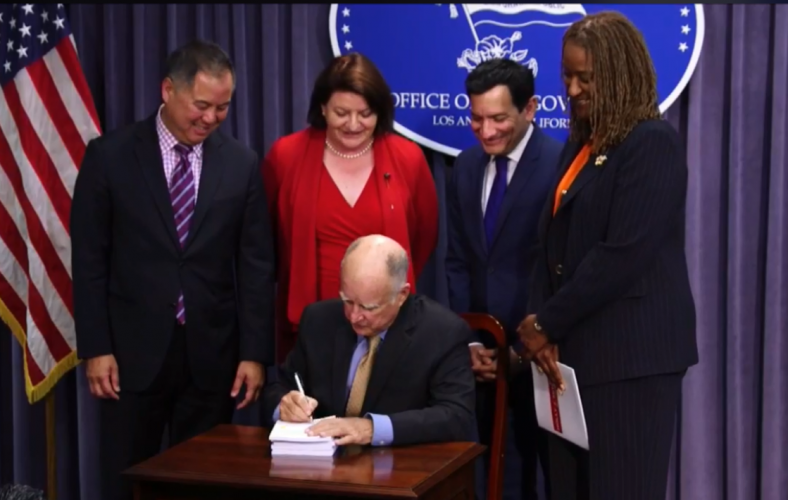 Just how did Governor Brown use the unprecedented economic growth period to carry his final state budget to the finish line? The Legislative Analyst’s Office (LAO) illustrates the key points in their summary of the 2018-19 State Budget and how the governor was able to meet his rainy day savings goals and provide critical one-time funding to pay down debts and meet urgent needs.

In years of great volatility, the Governor’s January Budget proposal is sometimes seen as a placeholder. Governor Brown regularly offers that every budget year is volatile given the major dependence on personal income taxes to support over two-thirds of the State General Fund. Uncertainties resulting from the Trump Administration created further unknowns for the past two budget cycles and demanded caution for ongoing spending commitments.

Luckily, the continued strength of the economy led to key county budget priorities being included in the final budget package that also evolved throughout the entire cycle. For some final priorities, there was little to no details on how those would be funded while others were included from the beginning and preserved throughout the six months of negotiations.

The long-standing CSAC priority to recoup unpaid debt owed for mandated programs was met with the $280 million for counties. The January Budget proposal was silent and it did not appear until the May Revision when positive General Fund revenues were confirmed. Property tax backfill for counties impacted by the 2017 disasters was a clear placeholder since the fires and debris flows were taking place as the 2018-19 budget proposal was being crafted, with commitment from the Brown Administration to work with CSAC and counties to provide full reimbursement. The final budget included $67 million for property tax losses and debris removal assistance for northern and southern California.

Other county priorities were part of the Governor’s January plan and confirmed in the final agreement after considerable and advocacy and collaboration. For instance, the almost $40 million in additional funding to cover county administrative costs for CalWORKs and In-Home Supportive Services was closely negotiated to ensure alignment with actual costs up until the budget was signed. Additional CSAC asks evolved as the Legislature forwarded standalone bills and funding proposals that ultimately led to the over $700 million to help jumpstart California’s efforts to address homelessness and build affordable housing.