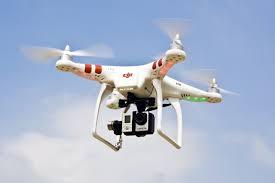 There is some good news for local governments that have, or are considering local regulations for drones; small Unmanned Aircraft Systems (UAS).The Federal Aviation Administration (FAA) released final rules that acknowledge the important role of state and local regulations. The new rules state “certain legal aspects concerning small  use may be best addressed at the state or local level.” The rejection of the federal pre-emption of state and local ordinances represent an important victory for public safety.

CSAC approves and supports the recent UAS action taken by the FAA, and has maintained that counties have the right, within the bounds of their constitutional law enforcement power and land use authority, to reasonably regulate drone flights within their jurisdictions.

The rules end the long-running controversy in California between local governments and the drone and technology industries on whether state or local regulations have a place in any regulatory scheme for unmanned aircraft systems.

Over the last few years the California legislature has worked to reign in recreational drone activity to fill a void resulting from FAA regulations. Industry proponents continue to oppose legislation by raising the federal pre-emption argument with respect to drones.  In fact their opposition was what killed the most comprehensive state legislative proposal, SB 868 by Senator Hannah-Beth Jackson.  This measure expressly protected local ordinances within a state regulatory scheme.  For additional information on the Federal Aviation Administration’s UAS rule please click here.

County Of The Week: Riverside

Stanicia Boatner is the CSAC Legislative Analyst in the Administration of Justice policy area.