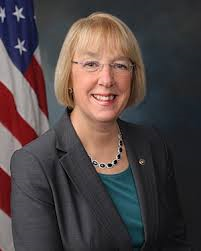 Following the Thanksgiving holiday, the House returned to Washington on December 2, while the Senate remains in recess until December 9.  With little time remaining for the bicameral budget conference committee to produce a fiscal year 2014 budget resolution, Senate Budget Committee Chairwoman Patty Murray (D-WA) opted to return to the nation’s capital early to continue talks with her House counterpart, Budget Committee Chairman Paul Ryan (R-WI).  Murray and Ryan have focused their efforts on crafting a limited budget deal in the hope of drawing resistance from as few Republicans and Democrats as possible.

Despite a number of negotiating sessions and significant on-going staff-level discussions, the two sides are not yet in agreement regarding the level of deficit reduction that should be included in the budget resolution.  While Democrats are pushing for additional revenue to defray some of the cuts mandated by the Budget Control Act (PL 111-25), Ryan has made clear that he does not want any tax increases included in the plan.

Murray and Ryan are working against the clock in an effort to finalize a resolution that could be brought before Congress next week.  In order to obviate the need for the 29-member conference committee to approve the resolution, any potentially agreed upon package will likely come in the form of regular legislation, instead of a conference agreement.  Such a move would allow Congress to pass the entire proposal with a single vote in each chamber.  With the lower chamber scheduled to recess for the year on December 13, House action on a budget resolution would have to begin on December 10.

Absent an agreement on a top-line spending figure for fiscal year 2014, House and Senate appropriators will be unable to move the 12 annual spending bills before stopgap appropriations expire on January 15.  If a new budget is not in place prior to January 15, Congress would need to pass an additional stopgap spending measure in order to avoid another government shutdown.

In other news, lawmakers attempting to negotiate a final Farm Bill are reportedly making progress toward reaching agreement on several key outstanding issues.  For his part, House Majority Leader Eric Cantor (R-VA) recently indicated that a conference report could reach the House floor for a vote as early as next week.  Other observers, however, are predicting that final action will likely be taken early next year, in which case it would be necessary for Congress to approve an extension of existing agricultural programs.  As of this writing, conferees have not yet come to an agreement on several items, including spending levels for the Supplemental Nutrition Assistance Program (SNAP).

Similar to House legislation (HR 1526) that passed this fall, Senator Wyden’s bill would dedicate half of the O&C land to forestry, and the other half to conservation.  In order to boost timber sales, the bill would streamline the environmental review process by only designating two comprehensive, large-scale 10-year environmental impact statements, one for dry forests and one for temperate rain forests.  In the legislation’s conservation effort, old growth trees would be permanently protected by prohibiting harvest of old growth stands over 120 years old in moist forests and trees over 150 years old across the entire O&C landscape.  Additionally, the bill would protect endangered habitat and put in place strong safeguards for drinking water and fisheries.

It should be noted that Senator Wyden is working on companion legislation that would extend long-term funding to counties that currently receive Payments in Lieu of Taxes (PILT) and Secure Rural Schools (SRS) payments. The O&C legislation could prove to be a model for such legislation in California.

County Of The Week: Ventura