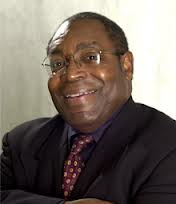 Former Sacramento County Supervisors Grantland Johnson is being remembered as a trailblazing politician, a man of great intellect and political savvy, and also as a man who valued service over ego in his own life and among his colleagues and associates. He died this week of complications from diabetes at age 65.

Sacramento County Supervisor Phil Serna was with Johnson during his last days. ”Grantland Johnson rightfully reminded all of us that the most important aspect of what we do as county supervisors is that we help the young, old, sick and the poor,” said Serna. “He was my mentor and friend, and any time I find myself in a public policy debate, I will continue to ask myself: ‘What would Grantland do?’ ”

While his accomplishments are many, he will also be remembered for his humanity. CSAC’s Kelly Brooks-Lindsay worked with him closely for several years. She wrote a remembrance of Grantland Johnson for the CSAC Blog and we are pleased to repeat that item here.

I am deeply saddened by the news that Grantland Johnson has died.

My first introduction to state government and politics came from two former Sacramento County supervisors: Sandy Smoley and Grantland Johnson. At the time, I had no idea I would eventually end up at CSAC.

I met Grantland in January of 1999 as an Executive Fellow at the California Health and Human Services Agency. He had just been appointed by Governor Davis as the Secretary of the Health and Human Services Agency. I came to know him as Grantland – not as Mr. Secretary or Mr. Johnson. For all of the titles he held in his career, he was an unpretentious, gentle man at his core.

Governor Davis was notoriously slow to make appointments; Grantland’s staff at the Agency was lean for many months. Without his own staff in place, Grantland gave me my first taste of politics – often bringing me with him to high level meetings with members of the Legislature and with the Governor’s Office. The meetings left an impression on me – in how he anchored himself to a set of core issues and how he navigated difficult political issues at a time he was still learning how to be a spokesperson for a governor he barely knew. He let me see what life was like for an agency secretary.

Grantland was incredibly accessible to staff and loved mentoring young people. He would often stop in my cubicle to chat – about anything and everything – child welfare policy, movies, music. He enjoyed laughing just as much as he enjoyed talking about policy and pending legislation. I saw first hand how his experiences as a county supervisor and federal Region IX director shaped his views about many of the state programs.

I am forever grateful for the opportunities Grantland afforded me as a young staffer. His commitment to social justice and improving health status for Californians left an indelible mark on my career. Grantland surrounded himself with smart, savvy and diverse policy wonks. He trusted me enough to keep me on as staff after the fellowship ended and allowed me to grow into legislative and policy analysis. Much of the work I did for Grantland – and the lessons I learned – shapes how I approach policy and politics today.

I know many throughout county, state and federal governments join me today in grieving the loss of a thoughtful leader and mentor. Go in peace, my friend.