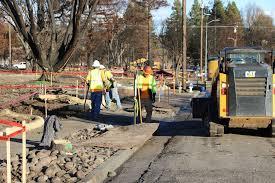 Governor Brown issued an Executive Order today designed to help protect communities from wildfire and climate impacts. The order will help implement better forest management strategies to deal with the states ongoing Tree Mortality Crisis; a top Administrative priority and a major factor in the devastation caused by this 2017’s wildfires. It also fulfills a promise made in January by the Governor to establish and support a statewide Forest Management Task Force.

The order comes one day before the release of the May Revision to the California Budget. The May Revision takes into account updated revenue estimates and makes changes to the Governor’s original January Budget proposal. As part of this year’s May Revise, the Governor has proposed an additional $96 million for the implementation of today’s Executive Order. In addition, there are several other allocations in this year’s budget dealing with the costs of response and recovery related to the 2017 wildfires which CSAC has summarized below.

In his January Budget proposal, the Governor has estimated the total costs for 2017 fire response and recovery in Northern and Southern California at $1.8 billion. These costs include fire response, debris removal, temporary shelters, and operating emergency evacuation centers.

The 2017 October Fires and December Fires were among the most destructive and deadly in the state’s history. These fires in Northern California and Southern California, including post-fire debris flows in Southern California, were all declared major presidential disasters. These declarations make state costs for fire response and recovery eligible for reimbursement from the federal government at a rate of roughly 75 percent.

Specifically, the State has incorporated the expectation of reimbursement of $931 million from the federal government for costs related to these fires into the January Budget proposal. In addition, the State plans on covering portions of the remaining costs by using $69 million from the annually appropriated Cal FIRE Emergency Fund (E-Fund) and $4 million in expected cost-share payments from local governments. After these portions are incorporated, the remaining cost to the General Fund is $760 million. Of that $760 million the state expects the Federal government to reimburse it $388 million in FY 18-19. This leaves a final cost to the General Fund of $371 million.

In part due to CSAC’s advocacy, the January Budget proposal includes an allocation of $23.7 million in FY 18-19 to backfill local government’s lost property tax revenues in Northern California counties, cities and special districts impacted by the October Fires. CSAC expects this number to increase in the May Revision to include more backfill funding for local governments in Southern California impacted by the December Fires.

The lost property tax revenue was not incorporated into the January Budget because the fire occurred only weeks before the release of the January Budget. Since the fires, CSAC staff has been working closely with the Administration to incorporate accurate estimates of lost tax revenues due to the fire to help provide all counties impacted by the 2017 fires with resources they need to recover from disaster.

In addition to General Fund expenditures related to the 2017 fires, there are also proposed allocations from the Greenhouse Gas Reduction Fund, as detailed in the FY 18-19 Cap & Trade Expenditure Plan. These allocations include $160 million for Healthy and Resilient Forests to Cal FIRE to support forest improvement, fire prevention, and fuel reduction projects and $25 million in funding for the Office of Emergency Services to fund additional fire engines for the statewide mutual aid system.

Click here for a more in depth report about the state’s costs related to the 2017 Fires from the Legislative Analyst’s Office.

County Of The Week: Santa Barbara

Nick Cronenwett is the Legislative Analyst for the Agriculture, Environment and Natural Resources Policy Area.