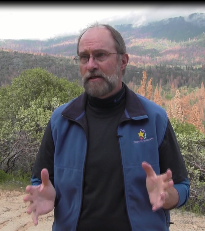 The National Association of Counties (NACo) is holding a Washington, D.C. fly-in this week to advocate for the Payments-in-Lieu-of-Taxes (PILT) program. Mariposa County Supervisor Kevin Cann will represent California’s counties in a series of meetings on Capitol Hill. He, along with a number of other county officials from across the nation, are urging Congress to provide full funding for PILT in fiscal-year 2017 and beyond.

In fiscal-year 2016, Congress appropriated $452 million for the PILT program. However, unless the program is reauthorized or extended, this will be the last year of funding. While both chambers have included an additional year of PILT funding ($480 million) as part of their respective fiscal year 2017 Interior spending bills, Congress has yet to finalize its budget. Accordingly, the future of the PILT program, and therefore program funding to counties, remains uncertain.

An op-ed written by Supervisor Cann recently appeared in a congressional publication called The Hill. The article can be accessed here.

County Of The Week: Ventura