Tourism Industry Is Readying Itself for Recovery 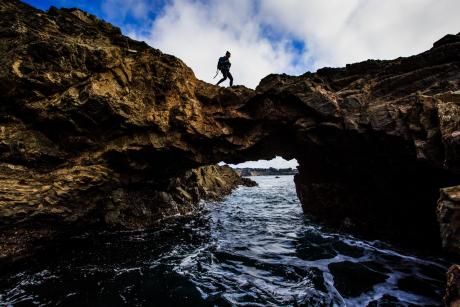 This article is provided by Visit California.

The COVID-19 crisis has snuffed out 10 years of economic growth in California’s travel and tourism industry. The fallout from this crisis is not only unprecedented, but estimated to cost the state $72.1 billion in visitor spending this year and 613,000 tourism jobs last month alone. However, the tourism economy also offers a path to recovery.

In 2019, visitors spent $144.9 billion in California, according to Visit California’s latest economic impact report. That spending supported 1.2 million jobs throughout the state and $12.2 billion in tax revenues for state and local jurisdictions and was among the top three sources of funding for many cities and counties. This revenue saved California households an additional $920 in taxes to maintain road maintenance, libraries and local parks. The California Controllers Office reports that nearly every California city – 482 to be exact – levied hotel taxes in the 2017-18 fiscal year.

As California’s post-coronavirus future begins to take shape, reviving visitor spending will play a vital role in restarting the economy and powering the state. Tourism has a proven track record of recovering faster than other industries in the aftermath of a crisis. In fact, the travel industry adds jobs 60 percent faster than the private sector as a whole.

In the aftermath of the Sept. 11, 2001 attacks, the travel industry experienced a major downfall. At that time, Gov. Gray Davis infused a one-time $8.3 million allocation to fuel an in-state marketing campaign designed to help the tourism industry—and the state—bounce back. These efforts resulted in $3.2 billion in visitor spending, returning $304 directly to California businesses for every dollar invested. Despite the tragedy and the ensuing economic downturn, California was one of the only three states to grow its market share in 2001.

During these unprecedented times, Visit California is working on initiatives to inspire community support and begin safe and responsible travel when the time is right. Travel matters to California and will help propel economic recovery once businesses and destinations start re-opening.

Read more on the tourism industry’s response to the COVID-19 crisis and the benefits of travel and tourism to California’s economy.

County Of The Week: Plumas