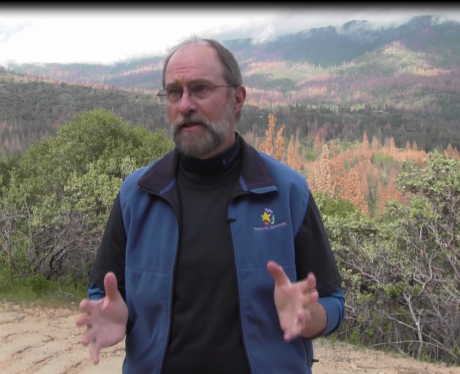 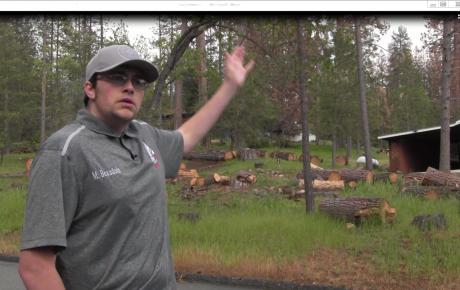 This is Wildfire Awareness Week in California and the risk for catastrophic wildfires this year is exceptionally high due to the drought and tree mortality. “If you haven’t been in the mountains and foothills recently, you might be shocked at how many trees are dead or dying,” said CSAC President and Amador County Supervisor Richard Forster. “People have to know that the potential for catastrophic fires this year is much higher than usual.”

“The rain we received this winter and spring has been great, but with over 29 million dead trees due to the drought and bark beetle, our fire conditions still remain elevated,” CALFire Chief Ken Pimlott said in a news release. “While our firefighters are preparing for what could be another busy fire season, this week is an important reminder that all Californians must do their part and be ready.”

For people who live in urban wild-land interface areas, that means removing leaves and pine needles from the roof and deck, providing a water source if possible, and getting rid of fallen trees, firewood and other flammable material to clear a defensible space around the house. That can be especially problematic for people who live in areas affected by tree mortality.

In the Ponderosa Basin, a densely-wooded subdivision in Mariposa County, many of the 350 homes are surrounded by a dozen or more dead trees. Some of them have been cut down so they won’t fall on roads and power lines, but the utilities do not have to remove them once the trees are down. Michael Beaudoin, Executive Director of the Mariposa County Fire Safe Council, says many homeowners can’t afford to have them removed and many more dead trees are still standing. “I am up every night thinking about this place, with the downed fuel and all the slash we have to take care of, all the fine, one-hour (easily ignitable) fuel. It’s something I worry about all the time.”

CSAC is producing a video that will show in great detail the impact of tree mortality and the hazards posed by more than 29 million dead trees. Look for that video in conjunction with CSAC’s Legislative Conference May 18-19. In the meantime, you can get more information about tree mortality in this article from the Sacramento Bee, and at the website for the Governor’s Tree Mortality Task Force.