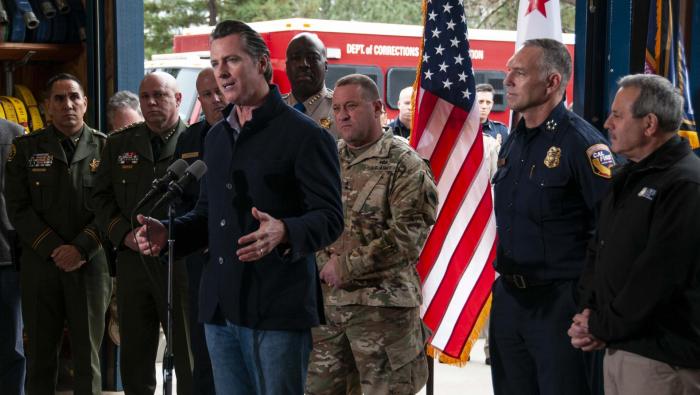 CSAC is generally supportive of the Five Point Plan, however we strongly urge that no changes should be made to the current utility liability legal framework, specifically inverse condemnation. CSAC’s response can be found below.

In addition to the report, the Administration has taken several other actions on wildfire and prevention.

The Governor’s Administration also released and funded a list of 35 top priority fuels projects in areas that were perceived to be at high risk. Many of these projects will be accomplished using streamlined environmental rules.

The California Office of Emergency Services is working on statewide outreach plan regarding public safety power shutoff events. They are holding several listening sessions to gather input from local government officials to help shape planned outreach and education efforts. The next listening session will take place on April 19 at 10 a.m. The agenda for the meeting can be found here.

On Friday, Governor Newsom visited Lake County to announce a state of emergency ahead of the upcoming fire season. This declaration waives certain environmental regulations allowing for the immediate implementation of 35 priority fuel reduction projects around the state that will help protect high fire risk communities in socio-economically disadvantaged areas.

In response to Governor Gavin Newsom’s Executive Order N-05-19, Cal Fire has released its 45 day report on protecting vulnerable communities from catastrophic wildfire. The report includes a list of 35 strategically-defined local projects that can be implemented before this upcoming wildfire season in an effort to provide immediate short term fire protection.

CSAC is actively monitoring the complex situation related to Pacific Gas & Electric (PG&E)’s official filing for Chapter 11 Bankruptcy this week. As a key stake holder in a wildfire coalition that includes insurance companies, wildfire victims groups, other local government advocates, and consumer protection attorneys, CSAC’s top priority is ensuring that our communities are safe and that people who are trying to recover from a disaster can be made whole.

County Of The Week: Mariposa