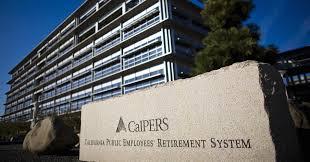 After nearly a year of internal discussions that included CSAC, other local government stakeholders and employee representatives – and almost four years of ongoing work by CalPERS to address market volatility issues after the large losses in 2008 and demographic changes in the retiree population – the California Public Employees’ Retirement System (CalPERS) Board of Administration (Board) approved a risk mitigation strategy this week that will incrementally lower the discount rate in years of good investment returns, help pay down the pension fund’s unfunded liability, and provide greater predictability and less volatility in contribution rates for employers.

Savings from the risk mitigation strategy will also be used to allocate more money into what CalPERS considers “safer investments.” While CalPERS staff stressed the need to gradually reduce the discount rate to ensure that the state and local agencies are not hit as hard with contribution hikes, the state’s Department of Finance urged CalPERS to move faster to reduce the discount rate to shore up CalPERS’ funded status (currently 77 percent), specifically to have it at 6.5 percent within five years. (We can hear you gasping. We gasped, too).

While CSAC did not take a formal position on any of the risk mitigation path proposals issued by CalPERS, CSAC has been involved in the ongoing discussion and advocated for an approach that would ensure the long-term sustainability of the Fund and, most importantly, that the lowering of the discount rate under the proposal would be triggered automatically and not require a vote by the Board, which would create a lack of predictability for our public agencies in budgeting future contribution rates. It should be noted that, as CSAC advocated, the reduction in the discount rate will be factored automatically into the actuarial process and no Board action will be necessary.

If that didn’t send your head spinning into the atmosphere, there are two more important things CSAC wants you to know: 1) a drop in the discount rate results in higher employer contribution rates, so counties should work with their risk directors and actuaries on a more agency-specific fiscal outlook on this issue, and 2) contribution calculations will factor in the new discount rate effective October 1 of the fiscal year immediately following the excess returns and you will see those changes in your actuarial valuations as of June 30 of that fiscal year. According to CalPERS, “Resulting contribution rate changes for employers would go into effect one year after the following fiscal year for state and schools, and two years after for California public agencies.”