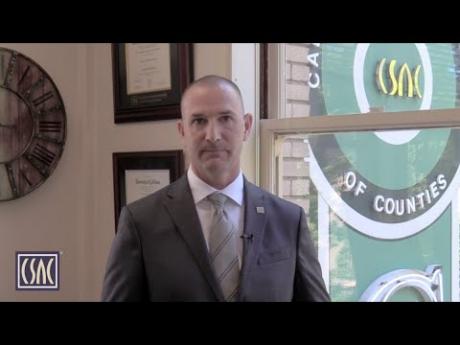 California’s Counties commend the Governor for carefully managing the state’s $97 billion surplus during a time of unprecedented local, national, and global economic uncertainty. In his revised budget, the Governor allocates 99 percent of the surplus to one-time priorities.

“The May Revision strikes a balance of tackling the urgent issues while taking potential economic volatility into account,” said Ed Valenzuela, CSAC president and Siskiyou County supervisor. “The proposed investments in homelessness, drought, wildfires, and energy are critically needed throughout the state – from Siskiyou to San Diego Counties.”

On homelessness, the Governor earmarks $650 million in new spending, including the previously announced $150 million augmentation for Project Homekey and a new $500 million transitional housing grant program. Counties can apply for these new grants to implement interim housing solutions such as tiny homes, and the Governor is offering to clear some of the hurdles for siting such housing on state-owned property.

The Governor also includes nearly $65 million for the state and courts to implement his Community Assistance, Recovery, and Empowerment (CARE) Court proposal but also acknowledges the continuing work to be completed with counties to estimate expected county costs. While additional policy issues remain, the Governor’s recognition of the key role counties must play in making CARE Courts successful is welcome.

“The Governor knows that counties and cities and the state must work together if we’re to have any chance of reducing homelessness and suffering on our streets,” said Graham Knaus, CSAC Executive Director. “We know the urgent gaps and barriers that must be addressed, and Counties appreciate the May Revision investments announced today. But we must also put in the work to create a comprehensive solution with clear accountability and sustainable funding. That is the only way to make true progress on homelessness.”

The Governor’s proposals to manage the state’s historic drought include $75 million in grants to farmers and related businesses plus $1.6 billion for water conservation incentives and recycling efforts. Additionally, due to the dry conditions and forecasts of a devastating wildfire season, the Governor is steering $1.2 billion to increase fire crews and air attack capabilities.

The Governor is also focused on keeping the lights on by proposing an additional $8 billion over five years to shore up energy reserves and emergency generation on top of the $2 billion he proposed in his January Budget.

California State Association of Counties (CSAC) is the voice of California’s 58 counties at the state and federal level.