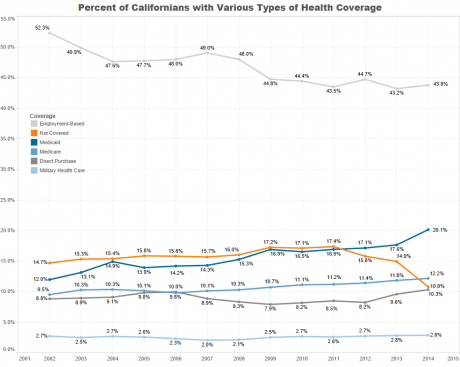 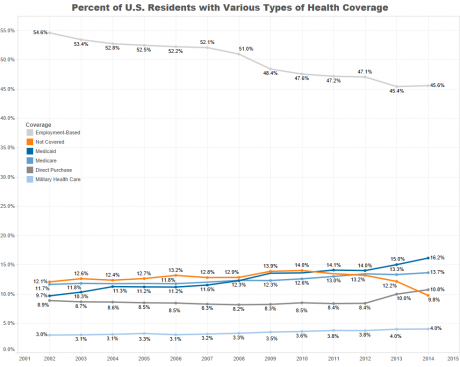 A smaller percent of Californians are without health coverage than anytime in recent history.

The share of those without coverage peaked in 2011 at 17.4 percent and has fallen since then to 10.8 percent.

Although employment-based coverage has fallen, government programs like Medicaid (Medi-Cal) and Medicare, along with directly purchased private coverage have more than made up the difference.

Interesting to note that the two three-year periods with the greatest decline in employment based coverage, 2002 to 2004 and 2007 to 2009, also saw marked rises in Medi-Cal coverage.

The United States as a whole looks very similar, with slightly higher employment-based coverage, more military coverage, and the more gradual changes in all categories we can expect due to greater numbers overall.

The data comes from the newly released and historic American Communities Survey from the US Census Bureau.