SPOKANE – Mariposa County Supervisor Kevin Cann was sworn in on May 17 as president of the Western Interstate Region (WIR), a regional affiliate of the National Association of Counties (NACo). During his swearing-in at NACo’s WIR conference in Spokane County, Wash., Supervisor Cann spoke of the role of county government as a place to make meaningful contributions. 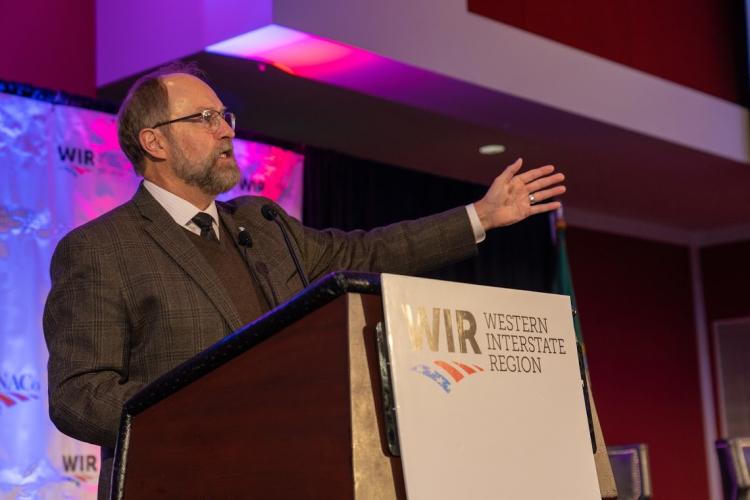 “I’ve seen a new localism evolving across the country, and I’ve seen it in my state. An increasing number of state Assembly and state Senate members are fleeing from the extreme partisanship of state capitals to be elected as county officials, becoming the most effective conduit for the public good,” said Supervisor Cann.

With critical legislative and regulatory issues being debated in the nation’s capital, county leaders at the conference discussed issues particularly important to western communities. These issues included:

“I look forward to strengthening alliances with our state and federal partners to maximize our ability to improve policies that are essential to Western counties and residents,” said Supervisor Cann.

County Of The Week: Inyo