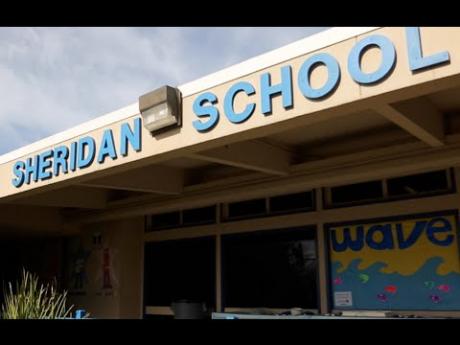 It’s only been a couple of years since airlines started offering WiFi on airplanes—but we have quickly become accustomed to having it. Think about that. You’re in an aluminum tube, 30,000 feet in the air, traveling at 600 miles an hour—and with a device that cost about as much as your plane ticket, you have the sum total of human knowledge at your fingertips. OK, most of us just watch cat videos, but if you wanted to study quantum physics, or read Plato you could do that, too!

And so in this day and age of high-speed access—from anywhere—it’s hard to imagine a school where the Principal couldn’t  email her attendance records to the district office, and worse, where the kids had to be bussed to a different school to take the state’s online standardized tests, because they didn’t have access to the internet. But that’s the situation the kids and teachers and administrators at Sheridan Elementary School in Placer County found themselves in. They had a one megabyte connection to the internet.