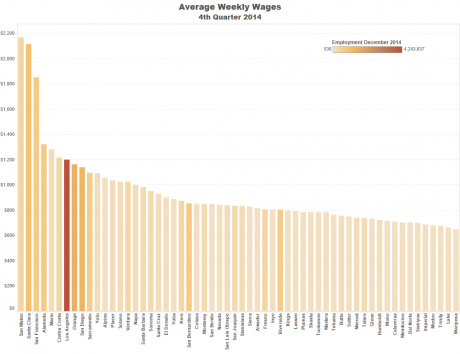 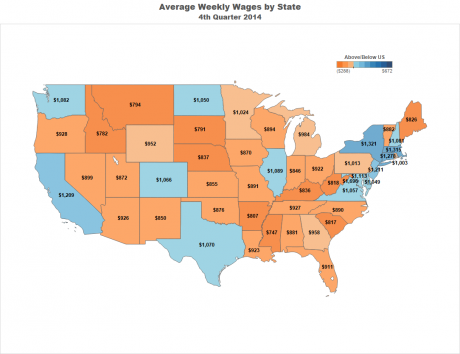 In what should be a surprise to no one, Bay Area counties boast the highest average wages in California, as reported yesterday by the U.S. Bureau of Labor Statistics.

What might be a surprise is just how high they are, in three counties in particular.

California’s wages overall are sixth in the nation, behind the District of Columbia, New York, Massachusetts, Connecticut, and New Jersey.

These numbers represent earnings in the fourth quarter of 2014. It will be interesting to see how the recent spate of local minimum wage ordinances will affect average wages in the years to come.