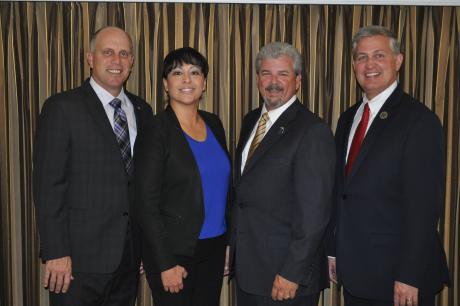 “Each of these leaders has a long history of effective public service in their home counties,” said CSAC Executive Director Matt Cate. “As a team, their experience, vision and credibility will help us make sure that state and federal policymakers keep county government and our critical role at the top of their priorities. I am looking forward to working with them in Sacramento and in Washington, D.C. on the issues that impact California’s 58 counties and the people they serve.”

“California’s counties provide vital services that impact all Californians in their daily lives such as public safety, health care, water and transportation,” said Supervisor Forster. “That’s why CSAC’s role representing Counties in Sacramento is so critical. We also have the effects from the drought, tree mortality and recovering from a devastating fire season to worry about. I plan to focus our efforts on dealing with these critical issues as much as possible. I am looking forward to a busy and productive year as President of CSAC.”

Supervisor Forster will serve a year as CSAC President. Previously he has served First and Second Vice-President and also as Chair and Vice Chair of the Agriculture, Environment and Natural Resources Policy Committee.

The California State Association of Counties is the voice of California’s 58 counties at the state and federal level.