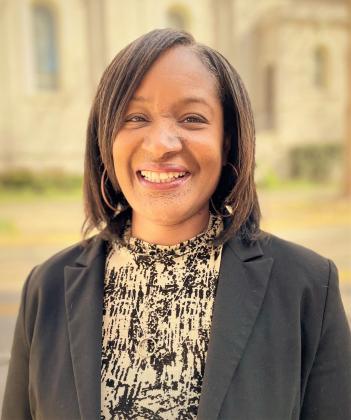 Stanicia Boatner is the CSAC Legislative Analyst in the area of Administration of Justice.

New Laws for 2022: Administration of Justice

Governor Newsom met the October 10 deadline to take action on measures approved by the Legislature and delivered to his desk. To keep counties informed of new laws that impact them, CSAC will be publishing a series of articles to spotlight those laws in each policy area. This week, the Administration of Justice policy area provides information on new laws affecting criminal justice fees, courts, police reform and juvenile justice.

Across the country, people in many jurisdictions who frequently encounter criminal justice, behavioral health, and social service systems are experiencing behavioral health crises and require different levels and intensities of services.

The California Initiative for Health Equity and Action is hosting a briefing, Policies and Initiatives to Prevent the Recurrence of Intimate Partner Violence, on Wednesday, October 27 at 11 a.m. In this briefing, they will explore several innovative, public health-oriented practices and policies that California may consider to re-imagine the role of Batterer Intervention Programs (BIPs) and prevent intimate partner violence across the state.

Sunday, October 10 was the deadline for final bill action by Governor Newsom. Following is an update on major bills of interest or concern for the Administration of Justice policy area that were among the 800+ bills awaiting action by Governor Gavin Newsom. For additional questions, please contact Stanicia Boatner at sboatner@counties.org. 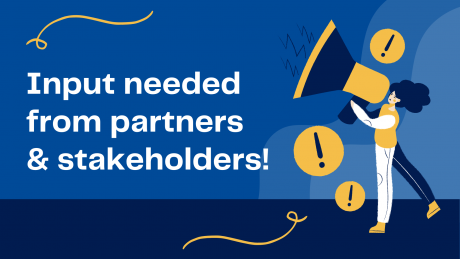 The Board of State and Community Corrections (BSCC) is requesting input from stakeholders and other interested parties as the agency considers updates to spending priorities for the Edward Byrne Memorial Justice Assistance Grant (JAG).

The BSCC periodically assesses how grant funding should be prioritized within the federal guidelines set by the Bureau of Justice Assistance.  A survey has been created to help identify unmet and under-served needs within the eight Program Purpose Areas established by the BJA.

Late last week, California Attorney General Rob Bonta released four annual reports — as well as 10 new data dashboards — that provide the public with statewide data on criminal justice statistics in California. The reports, as well as the data behind each report, are available on OpenJustice, a data-driven initiative that works to increase access to criminal justice data and support the development of public policy.

BSCC Board to Meet July 15

Last week, the Board of State and Community Corrections (BSCC) released the Request for Applications for $9.6 million in one-time infrastructure grants to help counties prepare for housing young people who after July 1 will no longer be transferred to the Division of Juvenile Justice (DJJ). In September, the Governor signed Senate Bill 823, which realigns the responsibility of youthful offenders from the State to counties.

The Board of State and Community Corrections Board will meet on April 8, 2021, at 10:00 am. The Board Meeting will be live-streamed: To view the live stream, visit the BSCC website homepage 10-15 minutes before the scheduled start time.

The Board of State and Community Corrections (BSCC) is hosting a virtual Stakeholder Input Session on March 22, 2021, from 4 – 6 p.m. The session will focus on the development of the $9.6 M Request for Application (RFA) for the Youth Programs and Facilities Grant Program portion of SB 823 (Chapter 337, Statutes of 2020).

In partnership with the Mental Health Services Oversight and Accountability Commission (MHSOAC), the Council of State Governments (CSG) Justice Center will be hosting a series of online workshops in March & April for county teams interested in implementing/improving screening and assessment for behavioral health needs in jails. The first session, Identifying Goals and Tools for Behavioral Health Screening, will be held on Wednesday, March 10 from 12:00-2:30 pm.

The California Law Revision Commission (CLRC) meets via zoom on Thursday, February 25 from 9:30 am – 12:30 pm. Agenda topics include a status report on the 2021 Legislative Program, a discussion of issues with regards to statutes made obsolete by trial court restructuring and a discussion about proposals for new study topics, procedures or other general matters by commissioners. For additional information and a full copy of the agenda, please click here.

Words to Deeds, partnering with MHSOAC, is presenting the 2nd in a series of FREE, interactive Webinars highlighting the MHSOAC Criminal Justice Innovation Incubator Collaboratives. This Webinar, Collaborative Problem Solving: Competency to Stand Trial in Nevada County, will take place on Tuesday, February 9 from 2:00 – 3:30 pm.

BSCC Hosts First Board Meeting of 2021

This is a reminder that the deadline to submit applications to the Board of State and Community Corrections (BSCC) for the federal Coronavirus Emergency Supplemental Funding (CESF) Program is Monday, February 1, 2021. This non-competitive application makes $41,763,011 available to interested counties for approaches that prevent, prepare for, and respond to the coronavirus.

The California Racial and Identity Profiling Advisory Board (Board) recently announced the release of its fourth annual report on racial and identity profiling in policing in the state as required under the Racial and Identity Profiling Act of 2015 (RIPA). Each year, the Board examines topics of importance to the community and law enforcement to make recommendations with the goal of effecting positive change and ultimately improving relationships and trust between law enforcement and the community.

CSAC’s 126th Annual Conference was held virtually from November 12-19. The conference offered a variety of workshops, speakers, and policy committee meetings with a strong presence from the Women’s Leadership Forum (WLF).

Seventh and Final Round of Project Homekey Funding Released

Governor Newsom announced a seventh and final round of Project Homekey awards last Thursday, totaling $81.4 million. The final round includes $129.6 million to nine applicants for 17 projects totaling 982 units. To date, more than $835.6 million has been awarded to 48 jurisdictions for 93 projects totaling 6,055 units. The average per-unit cost to Homekey is $138,512.

The seventh round of awards includes projects in these 4 county led efforts:

Round six of Homekey awards were provided to 5 applicants for 6 projects totaling 430 units. These awards bring the total awarded under Homekey to $709 million for 45 applicants and 78 projects which total 5,068 units. The average per-unit cost to Homekey is $139,000.

The sixth round of awards includes projects in these 4 county led efforts:

Governor Newsom met the September 30 deadline to take action on measures approved by the Legislature and delivered to his desk. To keep counties informed of new laws that impact them, CSAC will be publishing a series of articles to spotlight those laws in each policy area. This week, the Administration of Justice policy area provides information on new laws affecting criminal justice fees, courts, probation, police reform and the realignment of the Division of Juvenile Justice.

Round four of Homekey awards were provided to 12 applicants for 20 projects totaling 1,109 units. These awards bring the total awarded under Homekey to $596 million.

The fourth round of awards includes projects in these nine county led efforts:

As part of its three-year strategic planning effort, the Board of State and Community Corrections (BSCC) is launching a months-long public input process that will help establish priorities for 2022-2025 grant funding for the Edward Byrne Memorial Justice Assistance Grant.

The Administration of Justice policy committee advocated on a number of bills this legislative session. Here are some highlights from the end of session.

The Senate Public Safety Committee held an oversight hearing, COVID-19 in California State Prisons. The hearing focused on the California Department of Corrections and Rehabilitation’s (CDCR) current and future plans for handling of increases in COVID-19 cases in state prisons, which has now spread to at least 19 state correctional facilities.

In response to increasing court pressure and the growing number of COVID-19 cases in state prisons, this week the California Department of Corrections and Rehabilitation (CDCR) will begin a new early release process. Similar to the last round of early releases, this new program will include several “public safety screens” which exclude offenders:

BSCC Board to Meet June 11 via Zoom/Teleconference

The Board of State and Community Corrections (BSCC) Board will meet Thursday, June 11, at 10:00 am via Zoom/Teleconference. The agenda topics include an information only COVID-19 update on Adult and Juvenile detention facilities and BSCC inspections, training compliance and grants.

A Judicial Council working group of 23 volunteer judges and court executives released a 75-page resource guide to assist the state’s trial courts with their pandemic continuity of operations, while providing a safe environment for court users, staff, and justice partners.

The California Department of Corrections and Rehabilitation (CDCR) resumes intake from county jails this week. The intake process from county jails began in a very limited and controlled manner with CDCR only accepting offenders at the North Kern State Prison and Wasco State Prison reception centers. Also, through June 19, CDCR will only accept intake from the counties of Los Angeles, San Bernardino, San Diego and Fresno. CDCR anticipates that no more than 200 inmates will be accepted from these counties.

As counties work diligently to prepare local budgets in the face of great fiscal uncertainty, we know there are many questions about existing revenue streams. The economic impacts of COVID-19 are anticipated to result in sharp reductions in Vehicle License Fee (VLF) and Sales and Use Tax, creating unprecedented times for 2011 Public Safety Realignment—the first year-over-year decline in revenue for the Local Revenue Fund 2011.

County Of The Week: Santa Barbara