The Art of Listening is Alive and Well in Humboldt County 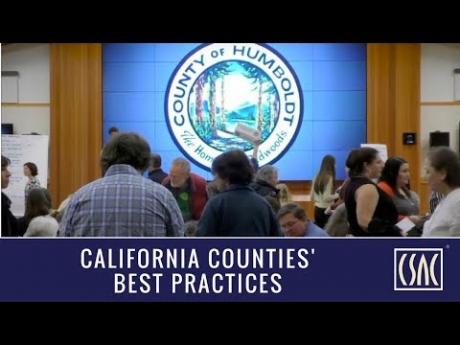 Humboldt County has a strong track record of reaching out to its constituents to hear their viewpoints on budget priorities. There’s a good reason the county is proactive in its public engagement. In a county covering nearly 4,000 square miles – much of it mountainous and rural – you can’t expect many residents to appear at county budget hearings to speak their mind for a couple of minutes. If you really want to hear what your residents are thinking, you need to go to them. And that’s exactly what Humboldt County has been doing through their budget roadshows.

When Humboldt began receiving cannabis tax revenue for the first time in 2017, county staff wanted to hear from residents on ways that revenue could be spent, as well as their sentiments about county government in general. The challenge was developing a format that encourages public participation in a manner that allowed constituents to be heard.  Formal speeches and PowerPoint presentations needed to take a back seat to in-person discussions; these meetings had to be interactive, informal, personable – and accessible.

The answer was a traveling evening workshop – branded as the Humboldt County Budget Roadshow — that stopped in population centers as well as the far-reaches of the County. After a short talk on global issues facing the county, small table-top discussions were held. Residents had an opportunity to meet with department heads, staff and even elected officials. They were provided a casual forum to ask questions and voice their concerns. Attendees were also able to vote on spending priorities. And for those residents unable to attend, a short video posted online summarized the meetings, and online voting was available.

“The Budget Roadshow took place across all corners of the County,” explained Humboldt County Administrative Officer Amy Nilsen. “It gives the Board an opportunity to understand where their constituents are coming from, their constituents’ needs, wants and desires.”

For resident Mike Newman, the budget roadshow is about “real people talking to real people. The emphasis is not on what we are doing for you, but the county is listening to constituents in order to spend the money wisely.”

Humboldt County Planning Director John Ford said he found the workshops to be very beneficial because they provided a forum to meet with constituents. “The big benefit is to be engaged in a dialogue with the public so the county isn’t so foreign. … To the extent that we’re understanding what their struggles are, what their concerns are, what their needs are, is always a good thing because it enables us to give better public service.”

Resident Ginger Campbell called the idea of the budget roadshow “brilliant,” adding she heard positive feedback from others who attended. “A lot of times people feel unheard, especially in the outlying areas,” she said. “People want a say, they want to give ideas on how to make things better. And I think that’s what the budget road show was all about. This was a great format.”

The Budget Roadshow “brought local government closer to the community — letting people be more involved in how your community is run,” explained Supervisor Virginia Bass.

Newman explained that “when people are able to participate in their own government, to be listened to, and to know that their concerns are valid and are acknowledged, that’s a key part of participation in local government. When you are not able to actively participate, there becomes a distance … people think their voice doesn’t matter.”

In Humboldt County, that distance is closing.

This Humboldt County program is a recipient of a 2017 CSAC Challenge Award, which spotlights the most innovative programs in county government.