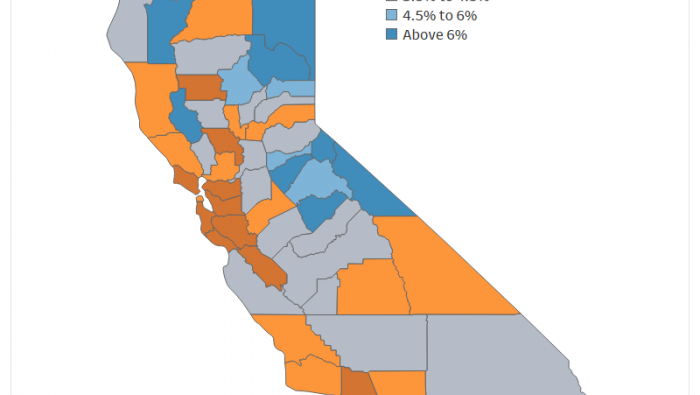 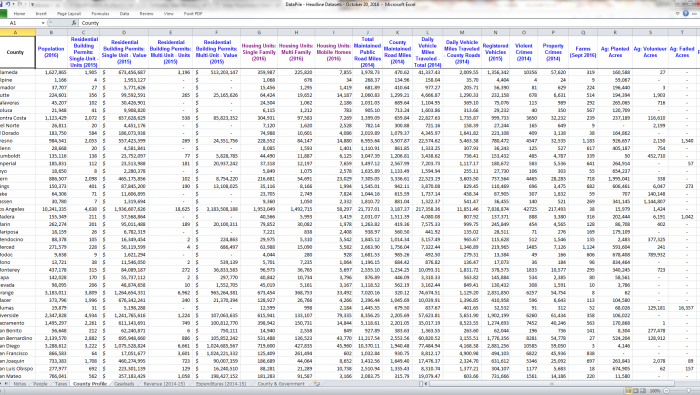 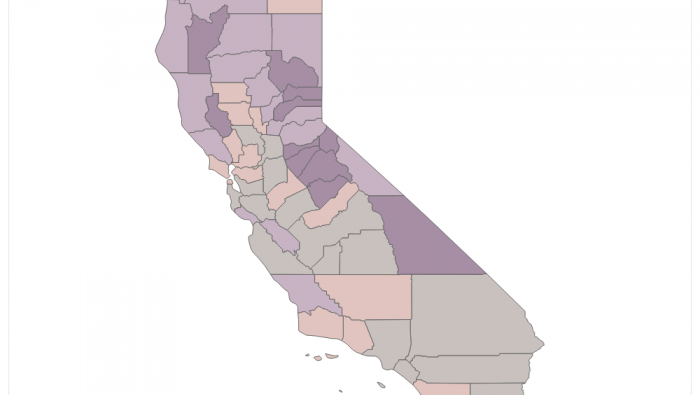 Where Is California’s Economy Growing? 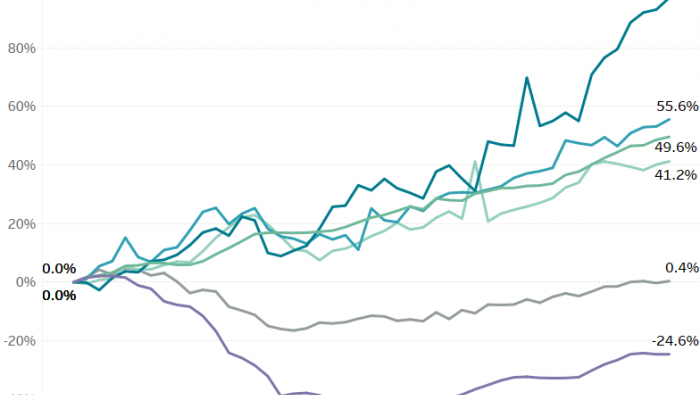 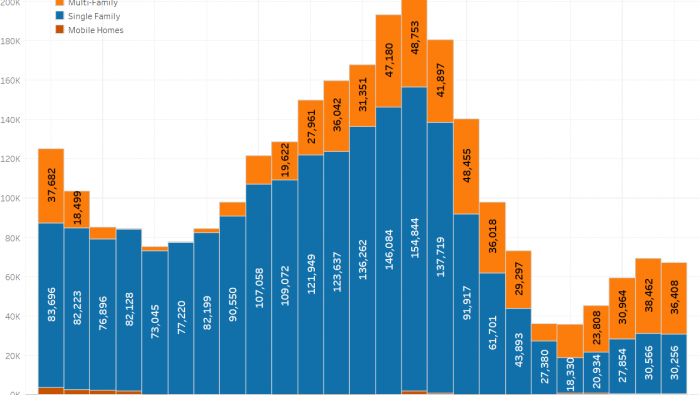 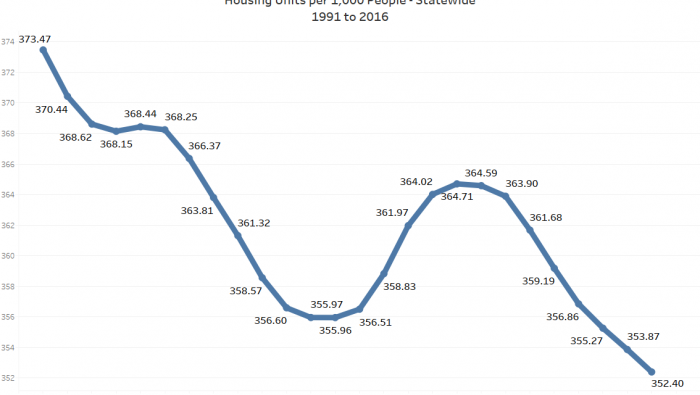 The CSAC Data and Research team gathers, analyzes, and presents data about counties, county governments, and issues important to them, with the goal of increasing understanding and informing policy decisions affecting counties.

For questions about the DataPile or any of the other content below, please contact Geoff Neill at gneill@counties.org.

The DataPile is a collection of over 100 up-to-date datasets relevant to counties, gathered from a wide variety of sources. They cover a range of issues including demographics, caseloads, and county finances.

Seniors will make up more than a quarter of California’s population by the year 2060, up from 11.5 percent in 2010, according to projections prepared by the state. Combined with reports showing that more of California’s seniors are living in poverty, the trends will have important implications for counties to consider.

As California prepares for the sixth round of regional housing needs assessments, one burning question is whether the state will use housing vacancy rates as a factor. It sounds wonky, sure, but preliminary calculations indicate that a strict usage of the vacancy rate could cause some regional housing allocations to double or more.

California’s population has nearly doubled since 1970, growing from a sliver under 20 million to a skosh under 40 million. So where are we?

Mostly, we’re in southern California. Los Angeles County has over 3.2 million of the new recruits, while San Diego and Riverside have each added almost 2 million people. Orange County is right behind at 1.8 million and San Bernardino rounds out the top five at 1.5 million. Altogether, that’s more than half of the 20 million-person increase.

It’s not surprising that these large urban areas have gained the most people, but which areas have grown the fastest?

If you own a motorcycle, chances are you live in LA. After all, more than a quarter of all adults live in Los Angeles County (26.2 percent, to be exact; or, to be even more exact, 26.21417 percent).

But surprisingly only 18.6 percent of motorcycles in California are registered there, giving it the lowest number of motorcycles per 100 adults of any county. You’d think it would help cut through traffic…

California counties increased the number of employees by a whopping 15,351 in 2016, a change of 4.0 percent over the previous year and the fastest growth in at least a decade, according to a CSAC analysis of information released by the State Controller’s Office.

Employee compensation has grown even faster than employment, with wage growth rising by 5.6 percent. In 2016, counties in California paid a total of $26.9 billion in wages, plus another $10.1 billion in health and retirement benefits, for total compensation of $37.0 billion.

The tech boom of the past two decades has resulted in many changes in county operations, and now its fiscal effects are becoming clearer as well.

One of those effects is a dramatic spike in use taxes, beginning around the end of 2012. From 2013 to 2016, transactions subject to the use tax rose by an astonishing 34.6 percent, while those subject to the sales tax—primarily at brick-and-mortar establishments—rose by 9.5 percent.

California’s Economy Is Growing – But Where?

May 4, 2017 Geoff Neill
(Another in a continuing series about California’s uneven recovery and its effects on counties.)

Let’s start with a quiz.

In our first two posts about California’s uneven recovery, we explored how county per capita property taxes and all taxes combined are still well below their pre-recession peaks for most counties, after adjusting for inflation.

Studying changes in the unemployment rate also reveals a picture of an uneven recovery, although uneven in somewhat different places.

In a previous installment in this series, we found that property taxes per capita have declined in 86% of counties since their pre-recession peak, after adjusting for inflation. This is alarming, since property taxes are the main source of discretionary funds for most counties.

(First in a series exploring California’s uneven recovery and its effects on counties.)

As the California economy continues to grow at a faster pace than the rest of the nation, a new analysis shows that the recovery has been uneven across the state. Not only have some regions fared better than others, but the nature of the recession and the shape of the recovery have affected government revenues differently.

State funds remain below their pre-recession peak, after accounting for inflation and population.

California added only 67,110 housing units in 2015 according to estimates from the Department of Finance and a new analysis from CSAC (interactive chart available online). While that number is nearly double the amount added during the depths of the housing bust in 2010 and 2011, it is still well below the number of units built every year before that for which estimates exist.

Remember musical chairs, that staple of childhood birthday parties? All the kids walk around a bunch of chairs and when the adult stops the music everybody sits down. Except that there aren’t enough chairs and whoever is left standing is out. Then another chair is taken away and the whole thing starts over until only one kid is left.

It turns out our parents were teaching us an important lesson about the California housing market.

The new population numbers are out, giving us an update on where people live in California. We dove a little deeper into the numbers, produced by the California Department of Finance, to see not only where people live, but also whether the changes over the last five years are due to birth and death rates or to domestic migration.

A smaller percent of Californians are without health coverage than anytime in recent history.

The share of those without coverage peaked in 2011 at 17.4 percent and has fallen since then to 10.8 percent.

Although employment-based coverage has fallen, government programs like Medicaid (Medi-Cal) and Medicare, along with directly purchased private coverage have more than made up the difference.

In what should be a surprise to no one, Bay Area counties boast the highest average wages in California, as reported yesterday by the U.S. Bureau of Labor Statistics.

What might be a surprise is just how high they are, in three counties in particular.

County Of The Week: Mariposa