Billions in funding for wildfire should be just a down payment

The following guest blog was originally written for CalMatters and approved by the author Stacy Corless, Mono County Supervisor for District 5, who is board chair of the Rural County Representatives of California and an executive committee member of Gov. Gavin Newsom’s Wildfire and Forest Resilience Task Force.

It’s November in Mammoth Lakes, and we’re breathing a deep sigh of relief with the early season snowfall after weeks under the smoke from the KNP Complex Fire this summer and fall.

We’re lucky. This fire did not bear down on our town like last year’s Creek Fire, and recent storms signal that we have made it through this year’s wildfire season unharmed. But what about next year?

The long-term threats and impacts of catastrophic wildfire are real, leaving us and far too many rural communities to question our ability to survive, much less thrive.

There is some hope on the horizon. The state of California is taking substantive action toward wildfire resilience and not a moment too soon. Our changing climate coupled with decades of fire suppression and minimal investment in forest management has created the perfect environment for the largest, most destructive fires that our state has ever seen.

The Dixie Fire, the second largest fire in state history, decimated the town of Greenville in Plumas County. Along with the Caldor Fire, these blazes demolished more than 1,600 homes and structures, and upended the lives of thousands forced to evacuate. The Dixie, Caldor and KNP Complex fires impacted two National Parks and threatened Lake Tahoe. What’s next?

The 963,000 acres burned in the Dixie Fire might seem a distant misfortune to some. But this fire’s footprint contains the sources for the depleted reservoirs that millions of Californians rely on. Wildfire damage to forest ecosystems cause further detriment to watersheds and subsequently to California’s limited water supply.

Ending this cycle of disastrous wildfires requires a fundamental shift in the way we manage our forests and respond to wildfire. This year, the state of California appears to be making this shift.

In January the state signaled a new strategic effort to tackle wildfire through the release of the Wildfire and Forest Resilience Action Plan and the subsequent relaunch of the Wildfire and Forest Resilience Task Force. These actions were followed by an unprecedented $2.9 billion in dedicated state funding for wildfire prevention and forest resilience; first in the 2021-22 state budget and the Early Action Wildfire Package, which provided up to $1.5 billion in one-time funds over two years, and then in the recent passage of Senate Bill 155. The latter represents the most substantial investment to date by allocating $200 million annually through the 2028-29 fiscal year.

These considerable allocations are a good start, but nearly half of the funding provided by the state was one-time funding. Large annual investments are needed for the foreseeable future.

Here in Mono County, the Inyo National Forest, local government and nonprofit partners are working against time to plan and fund a project to treat 55,000 acres of forestland to protect our community. Environmental review takes years, and there is no identified source for the tens of millions of dollars it will cost to get this work done and to maintain it. Projects like this need to happen across the state.

These state investments must come with the willingness to ease implementation of programs and policies that facilitate community fire prevention projects, increase the pace and scale of forest management, restore our forest watersheds and help low-income residents retrofit their homes for fire safety.

Additionally, California must compel agencies with differing missions and competing interests to work together to enact a new system of wildfire prevention, response and recovery.

Gov. Gavin Newsom and the Legislature took a big step forward with this year’s historic funding of wildfire-related initiatives. These things must remain at the forefront of state budget and policy decisions. We find ourselves facing one of the greatest challenges in our state’s history and that necessitates courageous action and sustained investment for the health and safety of all Californians. 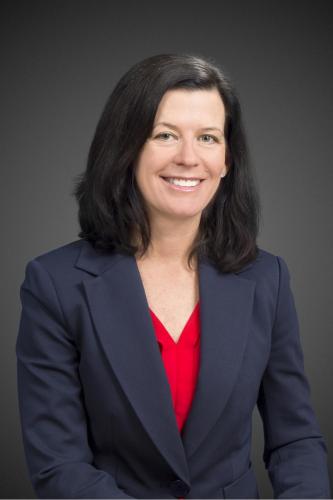