Communicating in a Crisis: Think Before You Retweet 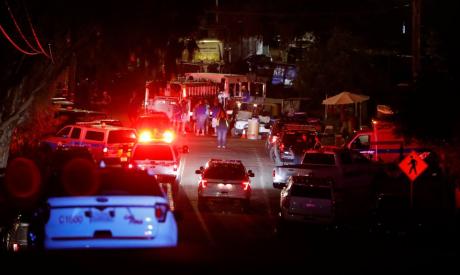 While everyone should always be careful before posting anything on social media, extra care is paramount during mass casualty or other major emergencies. Too frequently, civilians and officials alike mistakenly rush to publish so that they are “first.” Speed is important, but accuracy is even more important. So is staying within your area of responsibility.

“It is not your place to share details about another jurisdiction’s incident on social media without express permission to do so by that agency – but it is your job to talk to your community about how you can be there for them if they feel (or are) impacted by events that took place elsewhere,” says Mountain View Police Department social media and public relations coordinator Katie Nelson.

As the news of a shooter at the Gilroy Garlic Festival in Santa Clara county spread, she reminded her Twitter followers: “Be responsible in sharing information with others. At least double-confirm any updates before sharing on social media.”

No matter what your job is, no matter how closely affected by the situation, think twice before posting. Specifically, ask yourself:

In other words, just because you have information does not mean that you are the right one to share it. If you are the authority, that should have been figured out in advance. The recent example of the Gilroy Garlic Festival shooting demonstrated good coordination among the multiple agencies involved.

“Being silent during a crisis that’s not yours is OK,” says Sree Sreenivasan, social media consultant and former Chief Digital Officer of New York City.

When emergencies occur, adrenalin, emotions, confusion and other factors all come into play. In this environment, officials and communicators at the county level have an opportunity to lead others so that the right information gets to the people who need it. They also can reduce confusion.

“Vague messages may lead someone to shelter in place when they need to evacuate or cause unnecessary concern and panic to those who otherwise would be unaffected,” says Kristie Aylett of KARD Consulting, who handled communications for the city of Fort Worth during a mass shooting and a tornado, among other crises nearly 20 years ago.

There are good reasons why the National Incident Management System requires that all external messages be approved by the incident commander before they go out. This is a step that must be tested every time you practice.

Ideally, your plans and practice sessions with PIOs from across your jurisdiction already designate where you want people to turn for information in an emergency. Making sure everyone knows this in advance is important. Let those who are not the official communicators know what they should do so that they don’t get in the way.

During the 2017 Northern California fire storms, well-intentioned officials and civilians shared a lot of information that was outdated or inaccurate. In fast-moving situations, retweeting messages that tell people what to do or where to go may not be helpful unless you are able to immediately retweet every subsequent message from that authority. If the latest official message is “get out now,” someone retweeting an earlier one that says “evacuation may be necessary” is not helpful to anyone.

In the rare instances when quoting a media account on a government social media feed makes sense, include the link.

“Public officials and community leaders must understand that others look to them for guidance and direction, especially in the midst of a crisis. That responsibility cannot be taken lightly,” says Aylett, who teaches at Tulane University’s School of Professional Advancement.

Sreenivasan tells officials, “Before posting anything on social, including retweets, think about the information you are sharing. Are you adding anything that is useful to an already confusing situation? If not, just skip.”

Remember that facts are elusive in the initial period after a big event. Politicians especially want to be quick to express concern. That may be fine, but don’t add second-hand information.

“Elected officials should share where to get official information and direct people to resources,” instead of posting their own version of it, says Ben Finzel, president of RENEWPR and a former Congressional press secretary. And avoid offering “thoughts and prayers,” he adds. “If you can’t offer more than just platitudes, don’t comment.”

In practice, this means leave the specific number of casualties to the agencies dealing with the actual incident. And if you are an official, is it your incident or jurisdiction? Unless the answer is yes, stay out of the swarm.

This goes for media, too. Don’t rush on the air with dramatic information that comes from unreliable sources. Remember that even eyewitnesses get confused – especially in life threatening situations.

Peabody-award winning former journalist Doug Levy went from firefighter to communications leader at two of the busiest medical centers in the nation and is an expert on emergency communications and planning. He leads workshops and advises public safety agencies and other organizations on how to communicate with their communities better and faster. His book, The Communications Golden Hour: The Essential Guide to Public Information When Every Minute Counts (Public Safety Press, 2018,) is available from Amazon.com or your favorite local bookseller. More information is at douglevy.com.

Doug Levy, an expert on emergency communications and planning, is the author of The Communications Golden Hour: The Essential Guide to Public Information When Every Minute Counts.