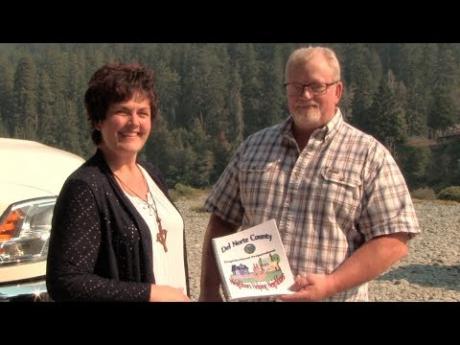 It’s a warm autumn day in rural Del Norte County. Beyond the ripple of the nearby serene Smith River, the only sound you hear is an occasional bird. It’s a scene out of a postcard. No wonder the nearby residents of the tiny communities of Hiouchi and Gasquet are proud to call this area home.

Living in such a remote area – while picturesque – does have its perils, especially when there’s only one road in and out of town and it usually involves crossing a bridge. The residents who live there know that if a disaster strikes, they will only have themselves to count on until help arrives – and that help could be days away. As one county official put it, “If there’s a major earthquake to hit Northern California, we know the first place responders are going to focus on is not Del Norte County.” And that’s okay with local residents; it comes with the territory.

That’s why they are utilizing a program developed by Del Norte County that helps communities take matters into their own hands to ensure they are properly prepared if – make that when – disaster strikes. Crescent City, the county seat, has been victimized regularly by tsunamis due to the topography of the nearby sea floor; a major earthquake fault off the coast has a 75% chance of creating a quake 7.0 or greater in the next 30 years; and you can imagine the danger of wildfire in a heavily forested county that covers more than 1,200 square miles. Yes, it’s when, not if.

For Del Norte County Sheriff Erik Apperson, the program provides relief to first responders, who can easily be overwhelmed in a major disaster.  It also provides first responders with vital information on what type of assistance is needed in the community and how urgent it is.

Community members are “the folks that are going to be on the ground before medical services get there, before law enforcement gets there, before fire gets there,” he explains. “These are the individuals that live in those communities, that know them the best, and they are going to be able to provide that initial response and maintain some sense of order until those first responders can get there.”

Through the program, community members are truly learning about their neighbors – and that information can be a matter of life or death in a disaster. For example, they now know who has  specific medical needs, or what community members have knowledge or training that can be quickly put to use. The designated community leaders work with neighborhood captains, who know this valuable information. Community members have enthusiastically taken to the program; in fact, many of taken Community Emergency Response Team (CERT) training to enhance their capabilities to help their neighbors.

In a sense, Neighbors Helping Neighbors is a program that harkens back to an earlier era when a community only had itself to rely on and everyone looked out for each other. “Once you learn everybody, you learn their strengths and weaknesses, what equipment they have, what abilities they have, who you can call on if you need to,” says Hiouchi Co-Community Leader Hank Akin.

Del Norte County Emergency Services Manager Cindy Henderson believes that the Neighbors Helping Neighbors concept can work in communities of all sizes – even in large urban areas where there are distinct neighborhoods. And it also works when it comes to smaller incidents. The community network was engaged twice recently in Del Norte County over the spotting of a cougar and a power outage.

Monte Satern is a community leader in Gasquet. He shows off the stocked supplies for the community that include food and medical supplies. But it’s the community preparedness that has increased his comfort level should a disaster strike.

“If something like this were to happen tomorrow, and if you weren’t prepared for it, if you hadn’t thought about it, the whole process of reacting would be immense,” Satern says. “But by planning ahead, having people in place that know what to do, who to contact, how to contact, how to help each other, it just lightens the burden so much.”

County Of The Week: El Dorado