Focusing on 2020, a Legislative Look Second Year, Same as the First, A Little Bit Louder… 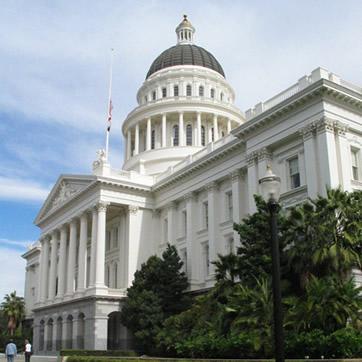 For the last blog of 2019, we asked seasoned Capitol staffer turned CSAC analyst Marina Espinoza and CSAC veteran Geoff Neill to share their insights and perspectives on how the Legislature and Associations like CSAC use the recess and holiday season to prepare for the second year of a two-year legislative cycle.

Marina Espinoza writes: Since the Legislature adjourned for interim recess in mid-September, I have been thinking about what my work was like this time of year when I was an Assembly staffer. I worked in the Capitol for three years before starting my current role at CSAC at the start of 2019. As a staffer, this time of year always felt a little different. Things are a little quieter but still very busy in the Capitol when the Legislature is out on interim recess. Most members are in their districts while their staff prepares for the upcoming legislative session.

This was when I could book a trip or two, visit my family during the holidays, and follow-up on any two-year bills I was staffing. Two-year bills are the ones that didn’t pass in the first year of the two-year session, but that the author still wants to try to move.

Interim recess is when lobbyists would begin scheduling meetings with me to pitch new bill ideas and it was a good time to go on tours set up by various groups to teach us about issues they cared about. It was also when my member would hold our staff retreats in the district to discuss the prior session, talk about new bill ideas, and strategize how to move the two-year bills that might still have a path forward.

When the Legislature reconvenes from interim recess in January, two-year bills that were held up during the first year of the session only have one month to move if they are still located in the house in which they were introduced, or a little bit longer if they’re already in the second house.

Since starting my role at CSAC, I’ve learned that what we do here this time of year is a little different from what I worked on when I was an Assembly staffer. We prepare for and host our Annual Meeting, set up county visits, start working to get our priority issues in front of legislators and their staff, and follow-up on any carry-over bills relevant to counties that could potentially move in January.

Geoff Neill adds: In addition to the legislation, CSAC is busy preparing for the state budget. The Governor kicks off budget season with his proposed budget on January 10, so any proposals we want to see included need to be discussed with the Governor’s office and the Department of Finance well before that time. Right after that come all the committees meeting to consider two-year bills, and right after that all of the new bills are introduced.

I say new bills, but of course many of these “new” bills are simply bills that didn’t pass or were vetoed by the Governor in the previous year. Some of them haven’t passed or were vetoed multiple times, but as the poet said, hope springs eternal in the human breast. And often for good reason, since bills often do pass their second or third time through the process, sometimes because additional pressure is brought to bear and sometimes because the break gives other stakeholders a chance to make thoughtful suggestions for how it could be improved.

The second year of a two-year session starts fast with the January committee hearings, but other differences also set it apart. The main one is that the second year of session is an election year. There’s a lot of talk around the Capitol about whether that makes it easier or harder to pass certain types of bills, but whether it does or not, it certainly makes the stakes feel higher.

The other difference this year is that the new Governor isn’t as new as he used to be. We’ve all had a year to figure out how he plans to govern, and he and his staff have had a year to settle into their roles too.

2020 is going to be a big year. The issues that are consuming the Capitol are ones that counties are right in the thick of: homelessness, housing, power shutoffs, wildfires. They’re not partisan issues and they defy easy solutions, but working together we’ll be able to make a difference for our state, our counties, and our communities.

We hope this provides some insight as to what 2020 may hold for CSAC and all our partners. We wish everyone a restful and happy holiday, and look forward to hitting the ground running to promote and protect California Counties interests in the coming year.

Geoff Neill is the Legislative Representative in the policy area of Government Finance & Administration.

Marina Espinoza is the CSAC Senior Legislative Analyst in the policy area of Housing, Land Use and Transportation.