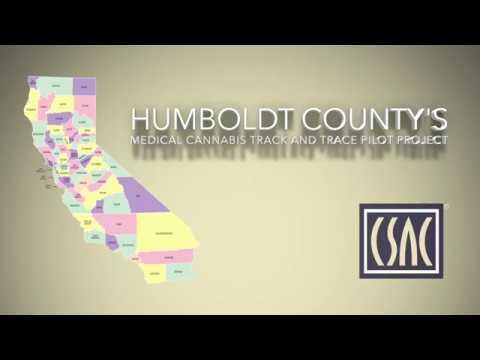 When it comes to cannabis, Humboldt County has come a long way in the past couple of years. Historically renowned for its illegal grows, the County is now leading the way on working to ensure only permitted cannabis is entering the California marketplace.  While Humboldt is still the epicenter of the “Emerald Triangle,” it became the first government entity in the state to implement a track-and-trace system for cannabis. For a county which has seen one of its leading industries live deep in the shadows for decades, this has been a big step – and one that was accomplished with government and industry working together.

When Humboldt County developed its medical marijuana land-use ordinance in accordance with state regulations, the next challenge was creating a system that met requirements for tracking and tracing the movement of cannabis products.  To develop a system that worked though, input and participation from the cannabis industry was sorely needed. Meetings were held with stakeholders and the community at large to discuss to develop of a track-and-trace system.  And through those meetings the local industry not only provided input, but also saw it as an opportunity to brand Humboldt cannabis.

“It ensures only permitted cannabis is produced and sold in the statewide market place,” explained Humboldt County Agriculture Commission Jeff Dolf. “The pilot also allowed us to build relationships with the industry. “

By participating in the pilot project, cannabis industry representatives saw it as another step in showing the industry as now being regulated.

“Any anxiety among the industry was quickly squelched when growers taking part in the pilot could see how the data collection could benefit them,” said Terra Carver, Executive Director of the Humboldt County Growers Alliance. “We get to start collecting data on where our product is going. And it gives the consumer an opportunity to engage for the first time with their producer.”

Grower Nathan Whittington agrees.  “The program helps with legitimacy. Now we can prove the product is from our farm, from our county and run through a legitimate program,” said Whittington, who serves on the Humboldt County Growers Alliance Board of Directors. “This program gives us the opportunity to demonstrate that we are accountable and that we can be responsible community members.”

For regulators and the industry, the track-and-trace system that was developed is easy to use. Industry participants utilized a web-based platform to log all relevant information that can be viewed at any time by county staff. You want to know how much cannabis was planted, the specific type of plant as well as the yield? You want to track that cannabis from cultivator to dispensary? This program does that.  Regulators can track production to ensure nothing is being diverted.

The track-and-track program also has benefits for the consumer. A counterfeit-proof origin stamp is used on each product to identify the producer, as well as provide information about the quality and safety of the product.  All of this is information is available through a mobile app that contains a QR Code on each product.

“The consumer is able to verify that it’s a genuine Humboldt County product. And they are also able to link to the producer of that cannabis. And from that producer’s website they can see test results for that product,” Dolf said. “The individual producer can begin to establish a relationship with the consumer. I think we’ve only scratched the surface on how valuable that can be…”

While Humboldt County’s pilot program was a success by all counts, the County put it on hold while the state is developing its own track-and-trace system. How Humboldt County’s program will work with California’s proposed statewide system is still a point of discussion.

For Carver, working with the County on the pilot program was an important step forward. “This is the handshake, this is the commitment piece. It shows that we want to do this, that we are committed to moving forward and we want to work well with our local government and the state.”

This Humboldt County program is a recipient of a 2017 CSAC Challenge Award, which spotlights the most innovative programs in county government. The Call for Entries for the 2018 awards will be released in April.