I’ve been a Riverside County Supervisor for 23 years and in that time I have been privileged to work with a lot of other elected officials. Recently, Governor Brown, Assembly Speaker Rendon, and Senate President pro Tem de Leon, brought their Road Repair and Accountability Act of 2017 road show to the City of Riverside in support of a plan to increase revenue for transportation.

But this story isn’t about me or the Governor. And it isn’t about transportation funding either. It IS about another local official asked to speak at the press conference; Riverside Mayor Rusty Bailey.

I also had the pleasure of meeting Governor Brown on his third day in office in early 2011. I was the new CSAC President and he came over to meet with me and other county leaders. We established what has become a very strong relationship between the Governor & CSAC that still continues to this day. It didn’t hurt either that his father—the late Governor Edmond G. “Pat” Brown—and my father were friends.

But let’s get back to that press conference in Riverside. Despite my many years in public service, I’ve never been more proud to share a podium than I was that morning to share it with Mayor Bailey. 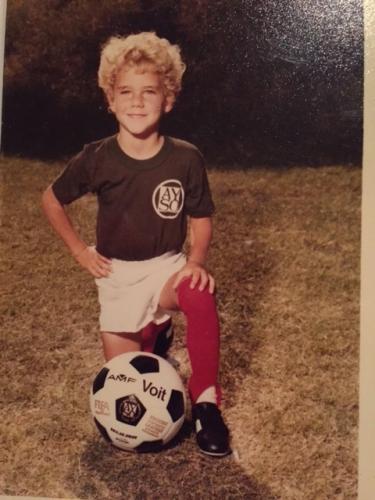 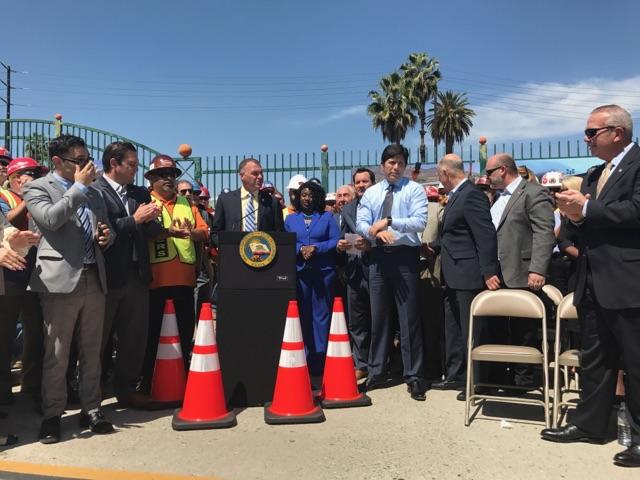 You see, I’ve known Rusty Bailey since he was about 4-years-old and I helped to coach the soccer team that he and my son Chris were playing on. Rusty had a natural talent. His ability and leadership on the field was evident, and I knew he would go far. He was a “stand out” in more ways than one—you could always find him because of his bright curly blond afro hairdo.

Fast forward 12-13 years and a core group of these boys—my son and Rusty included—stuck together like glue. They were inseparable! As a father, I heard about some of the shenanigans from teenaged boys—which, in the interest of the Mayor’s career, we do not need to enumerate here.

Rusty was eventually accepted to West Point and became a helicopter pilot. Upon his discharge, he decided his first job would be as Supervisor John Tavaglione’s Youth Coordinator. He always loved kids and youth programs. At the same time, he completed a Master’s Degree in Public Policy at UCLA under a program led by former Governor and Presidential candidate Michael Dukakis.

Rusty became a high school teacher, but after much discussion with me and Governor Dukakis, he also aspired to run for public office. When Riverside Mayor Ron Loveridge was ready to step down, Rusty ran among a large cadre of candidates and won the office easily. He was recently elected to his second term and he has a bright career in public service in front of him.

Today, in addition to meeting at political events and working issues together, we see each other at the soccer fields when his two daughters and Chris’ son & daughter (my grandkids) are competing.   Having him precede me at the podium with the Governor, working with him in our shared district and seeing him grow and prosper in political life does this old guy’s heart good.

It just couldn’t be better!

John Tavaglione is a Riverside County Supervisor and a CSAC Past President.