Yuba County’s 14Forward: What Has Made It So Successful? 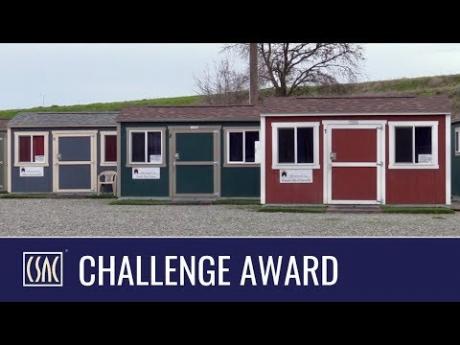 Yuba County’s 14Forward program for the homeless is a success story. It’s taken a lot of collaboration, creativity, patience, learning, and trust-building since it opened its doors in July 2016 – but the results are evident. The program is taking people off the streets and helping them turn their lives around.

14Forward’s tiny homes made out of modified Tuff Sheds get a lot of the publicity, but the program is much more than that. It provides wrap-around services for homeless individuals who are ready to start a new chapter.

“It’s really not about the sheltering,” explains Yuba County Supervisor Gary Bradford. “It’s about the services that are provided.” His comments are echoed by 14Forward Project Manager Chaya Galicia who says, “Shelter is good, but coupled with case management is 100 times better.”

Mary Ontiveros is just one of more than 100 Forward14 success stories. She refers to herself as “one of the guinea pigs that first started 14Forward.”  It’s turned her life around and her initial skepticism for the program has turned into optimism. Without 14Forward, “my life would still be going downhill. I would still be homeless and I would have lost my custody battles.”

County Administrator Robert Bendorf describes the program as “an opportunity for the homeless who want to move forward.”

As soon as 14Forward opened its doors, it caught the attention of local government officials throughout California and beyond. Bendorf estimates there have been nearly 40 visits to the site, and other communities are beginning to emulate the program.

Project Manager Galicia has led a number of those site visits. “People are very interested,” she says. “It’s really becoming a movement.”

Bendorf adds that “it’s not only a great model but it’s a constant learning process. We’re learning something different every day, and that learning promotes improvements we can make to our model.”

It took homeless individuals some time to see the value of 14Forward. Perception initially was negative among the homeless community.

“I would walk the levee and say, ‘You will never catch me there’, “ says Rosa Muniz, who was homeless before agreeing to come to 14Forward. Now she lives in a three-bedroom, two-bath mobile home with her husband, son and mother.

“One of the things I have learned over the past few years is patience – especially patience in letting the homeless community slowly understand the value of 14Forward, Bendorf says. “That is key to our success here. And over time that patience has paid off.”

14Forward Program Aide Kercell Stowes adds that “now (homeless residents) see that people are getting housed, getting employed, getting the documents they need.  People are realizing that we are a service.”

The building of strong relationships between 14Forward staff and residents is proven to be paramount. And that, too, takes patience.

Stowes agrees. “Everyone has a story. We found out a lot of these people had jobs, careers, houses and … situations happened to get them to where they are now,” he explains. “We are listening, we are caring.”

14Forward’s success has become a rallying point in the community to help the homeless.  The message that “if we all work together we will achieve better outcomes” has resonated with all sectors of the community, Bendorf adds.

Muniz is a strong advocate of the program that has turned around the lives for her and her husband. “If anybody doesn’t want to be homeless anymore, this is the best place to go to. They are on it. You don’t have to sit around for a year or two to get housing, “she says. “We’re a family again because of 14Forward.”

Those stories bring a smile to Galicia’s face. “I’m so proud of the people who have come through this program. It warms my heart that we have made such a difference in so many people’s lives.”

Stowes sums up the program in three simple words: “14Forward is hope.”

This Yuba County program is a recipient of a 2018 CSAC Challenge Award, which spotlights the most innovative programs in county government. The program was only one of two to receive the California Counties Innovation Award.