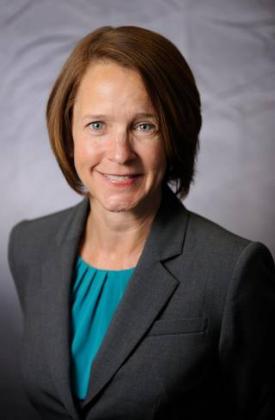 The California Fair Political Practices Commission is reviewing the Political Reform Act (PRA) with the goal of making some significant reforms to the law first enacted in 1974. The project is no small matter. The PRA sets up the rules and regulations for raising and spending campaign funds, lobbying the legislature, and a variety of other political activities in California. We asked FPPC Chair Jodi Remke about the project.

CSAC: California’s Political Reform Act was enacted in the 1970’s there have been changes, but not a complete overhaul, why is it important to do this now?

Remke: Voter initiatives and the Legislature have made significant changes to the Act over the years. The unintended consequence is a body of law that is overly complex, cumbersome and sometimes contradictory. We need to keep up with the ever-changing way politics and lobbying is done. Along with continued strict enforcement and improving our technology to increase transparency, we need the law to be up to date and easier to understand. There’s no better time than the present.

CSAC: What kind of changes are you considering? Actual changes to the regulations? Or are you more concerned with making the language easier to understand and follow?

Remke: It will not change the substance and scope of the law. We are looking to make it less complex, with less use of “legalese” and more use of plain English. We also want to organize the various laws and regulations into groupings that are more obvious, intuitive and understandable to the average person.

CSAC: This sounds like a monumental task—can you describe the process you’re going through?

Remke: We have partnered with two premier academic institutions, the California Constitution Center at Berkeley Law and U-C Davis School of Law, to oversee the preliminary drafting by law students. We wanted ‘fresh eyes’ to look at the law. We also are fortunate to have California Forward join the team to help direct the project. We are now at the point of seeking input from the public and stakeholders for the next few months.

CSAC: Our readers include a lot of locally elected officials that have to abide by the Political Reform Act. How can they have input into the process?

Remke: We will have a link on our FPPC website where you can go to offer comments, suggestions, and be a part of the process. It is under “The Law” section. California Forward will offer a similar item on its website. Also, with our partners, there will be numerous public meetings to inform folks of the project, its goals, the status, and to get as much input as possible.

CSAC: Do you anticipate this will require legislative changes too? Or can you do what you envision needing to be done administratively?

Remke: The updated Act will need to be approved by the Legislature. Over the next several months, our focus is on getting as much input from the public and stakeholders as possible that so we can present a product that is universally supported. We believe the elected leaders of our State will welcome the opportunity to update this very important body of law to the 21st century to safeguard the objectives of the law enacted by voters in 1974 – transparency and accountability in government.

CSAC: What’s the time frame for the project? When do you hope to have new language?

Remke: We will have a first draft ready for public review and comment by August. Our goal is to seek input from the public and stakeholders through the summer and into the fall, with a final proposal ready to be submitted to the legislature early next year.

CSAC: Anything you want to add?

Remke: A revised law will encourage participation in the political process by reducing the complexity and costs of seeking office. It will improve compliance and eliminate the excuse of the law being “too complicated.” It will increase public understanding and transparency to promote trust in the system. And it will strengthen accountability of public officials and advance our enforcement efforts.