The CSAC Support Hub for Criminal Justice Programming was created to offer counties technical assistance in building internal capacity and developing a strategies to using data and evidence to support better outcomes.  This work is free of charge to our county partners and is only accomplished through incredible partnerships, including the Laura and John Arnold Foundation, and the Results First Initiative, a project of The Pew Charitable Trusts. 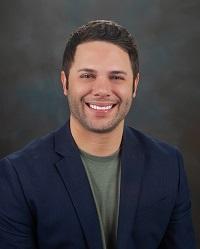 Mr. Souza currently serves as the program director over The Hub for Criminal Justice Programming within the California State Associations of Counties. In this position, Mr. Souza oversees the strategic development and direction of The Hub supporting all California counties.

Prior to Mr. Souza’s current position, he served as deputy director at the Division of Rehabilitative Programs within the California Department of Corrections and Rehabilitation (CDCR). His responsibilities included allocation and supervision of a budget of over $500 million covering statewide prison correctional education, in-prison treatment and specialty programs, community reentry programming, and administration related to rehabilitation. Beyond administrative oversight of the division and its employees, Mr. Souza directed rehabilitative technology, data, and research initiatives for the division. In his tenure with the Division of Rehabilitative Programs, he focused on program quality and performance by leveraging technological solutions and implementing data-driven and evidence-based programming oversight to demonstrate the fiscal and public safety benefits of rehabilitation. Mr. Souza has nearly 10 years’ experience at CDCR serving in a number of roles including deputy director and associate director with the Division and Rehabilitative Programs, and several positions within the Budget Office of CDCR including Chief of Field Operations and Assistant Chief of Technical Operations,  where he acted as the subject matter expert on a variety of fiscal policies for the department. Additionally, Mr. Souza worked at Valley State Prison within CDCR from 2009-2011. Mr. Souza earned a Juris Doctor degree from Humphreys University, Drivon School of Law and is a current member of the State Bar of California. 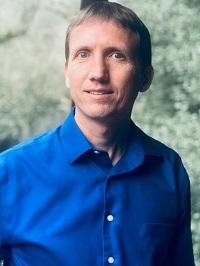 Mr. Wilson is an economist who works around the country as a cost-benefit and criminal justice research consultant. He has worked in more than 40 jurisdictions, including 14 California counties, to help improve outcomes and build local capacity. In this role he has worked with the California State Association of Counties to develop a cost-benefit model that is currently being used by eleven jurisdictions and created and implemented a recidivism tools that is being used around the state. He has also worked with multiple California counties to analyze pretrial practices and the use of risk assessment tools. He has worked with the Pew Charitable Trust to provide technical assistance in implementing cost-benefit models to multiple states and counties. He has performed cost-analysis and policy modeling of state and county justice reinvestment strategies and has created jail and prison projections models as part of the Justice Reinvestment Initiative. He has taught cost-benefit seminars and webinars through the California State Associations of Counties, the Vera Institute of Justice, the Pew Charitable Trust, the Crime and Justice Institute, Justice System Partners and the Justice Research and Statistics Association. In his previous position, Michael worked as an economist for the Oregon Criminal Justice Commission and as the Statistical Analysis Center Director where he created the first statewide criminal justice cost-benefit model. He has been recognized by the JRSA for his criminal justice research in Oregon and has received the Phillip Hoke Award for Excellence in Analysis multiple times. Michael received his bachelor’s, master’s, and candidate of philosophy degrees in economics from the University of California at San Diego. 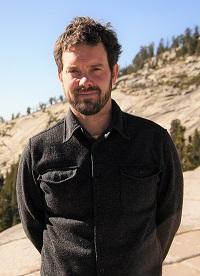 Mr. O’Connell is an analytics and research consultant specializing in social policy analytics, process improvement, and evaluation.  Kevin’s work over the last 15 years in California at the state and county level has given him a unique perspective on the analytic needs and information gaps across the state.   Kevin’s research studies have focused on the intersection of behavioral health and criminal justice, probation engagement, and approaches for delivering cost-effective interventions.  He has worked on a range of state and county initiatives to inform policy and research on the impacts of major adult (SB678 and AB109/Realignment) and juvenile justice issues (Continuum of Care Reform), as well as providing technical assistance to counties using cross-system data analysis to improve outcomes for justice-involved behavioral health clients.  Kevin has worked in multiple states on developing evidence-based program inventories and cost-benefit analysis in areas such as Mental Health (Adult and Children), Criminal Justice (Adult and Juvenile), and Substance Use.   Kevin obtained a master’s degree from UC San Diego in International Relations and Public Policy, and a bachelor’s degree from UC Davis in History and Political Science. 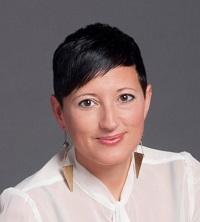 Ms. Bird is a Visiting Assistant Professor at the Goldman School of Public Policy. Her research focuses on criminal justice reform and the intersections of criminal justice, health, and social safety net policies. Prior to joining the Berkeley faculty, she spent seven years at the Public Policy Institute of California as a research fellow. At PPIC she founded and directed the creation of a criminal justice data system that standardized and integrated individual-level data from 12 county justice systems, representing 60 percent of the state population, with data from state-level correctional and justice systems. These data allowed for the monitoring and evaluation of the effects of a wave of criminal justice reforms in California. In several counties, she also linked these data to health insurance enrollment, allowing for research on the effects of the Affordable Care Act on recidivism outcomes for those involved with the criminal justice system. Her work has been funded by Arnold Ventures, The California Endowment, The California Wellness Foundation, The National Institute of Justice, and The Russell Sage Foundation. Bird has been published in the ANNALS of the American Academy of Political and Social Science, Criminology and Public Policy, and the Criminal Justice Policy Review. She consults widely with research centers and organizations working on criminal justice issues in California. Bird holds a PhD in public policy, an MA in demography, and an MPP from the University of California, Berkeley. Prior to her graduate studies, Bird worked as a research associate with the Institute for Women’s Policy Research and American Institutes for Research, as well as in the office of the late Senator Ted Kennedy.