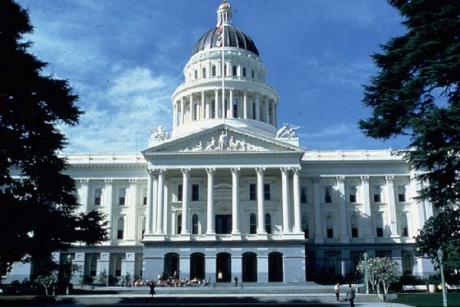 Friday is the last day for bills with a fiscal impact to be passed out of the Appropriations Committee in their house of origin. Hundreds of bills have been referred to the Assembly and Senate Appropriations Committees’ so-called “suspense files.” While the suspense process is designed to comprehensively consider the costs of all bills that meet a certain threshold of fiscal impact to the state, it’s also widely viewed as a tool for the Legislature to prioritize its proposals and winnow the long list of bills each house must consider on the floor prior to the house of origin deadline on June 3.

CSAC has weighed in on a broad array of bills currently awaiting action on Friday. The following is a brief summary of some of our highest-priority bills organized by general topic.

CSAC is opposed to SB 1329 (Hertzberg), which would take the process for appeals of property tax assessments for air carrier property from county boards of equalization and shift it to the trial courts. Aside from increased costs for counties to defend appeals and the potential losses in revenues, the change would be problematic because trial court judges lack expertise on property valuation methods and are not required to be trained on valuation methods and procedures.

We are also opposed to AB 2668 (Mullin), which would allow property owners to transfer the base year value of their property to a new property under certain conditions, unless the bill is amended to provide a county-by-county option with Board of Supervisors approval or state reimbursement for the loss of property tax revenue.

Finally, CSAC supports AB 1952 (Gordon), which makes changes to the property tax postponement program so that it can fulfill its purpose of helping seniors or disabled homeowners to meet their property tax obligations, while maintaining fiscal prudence.

The California Disaster Assistance Act generally provides that the state share for disaster project allocations to local agencies is no more than 75% of total state eligible costs, except for specified events for which the state share is up to 100% of state eligible costs. CSAC is supporting a trio of bills on the Senate Appropriations Suspense File that would add disasters experienced in counties in 2015 to the list of events eligible for a 100 percent state cost share. SB 1385 (Leyva), would add the December 2, 2015 San Bernardino shooting at the Inland Regional Center, while SB 937 would add the 2015 fires in Lake County and SB 1118 (Berryhill) would add the 2015 fires in Calaveras County.

CSAC is generally opposed to sales and use tax exemptions unless they are tailored to not affect counties’ share of the revenues. After the past thirty years of changes to sales and use tax allocations, counties now receive almost half of sales and use tax revenues. About two-thirds of that revenue is constitutionally dedicated to providing local public safety and social services. Accordingly, CSAC has taken “oppose unless amended” positions on AB 1561, which would exempt tampons and sanitary napkins and AB 1562 (Kim), which would exempt disaster preparedness products under certain circumstances.

CSAC is opposing the second iteration of a bill that would prohibit employers from limiting workers’ compensation permanently disability awards to the aspects of the injury that were caused by the employee’s work situation. AB 1643 (Gonzalez) would prohibit apportionment of workers’ compensation benefits from being based on pregnancy, menopause, osteoporosis, or carpal tunnel syndrome, or for a psychiatric injury occurring from disability or impairment caused by any of these conditions. CSAC and its partners oppose AB 1643 because it undermines objectivity based on scientific, medical facts. California’s current workers’ compensation system uses the American Medical Association (AMA) guidelines for determining impairment as the basis for establishing permanent disability awards. The AMA provides an objective, peer-reviewed, and nationally recognized methodology for measuring permanent impairment; this bill, on the other hand, would edit the guidelines on a non-scientific basis, resulting in a nonsensical system.

CSAC strongly supports AB 1568 (Bonta) and SB 815 (Hernandez). These are identical bills that would implement California’s new Medicaid Section 1115 “Medi-Cal 2020” Waiver (Waiver). Approved in December 2015, the Waiver builds on the success that California has achieved in expanding coverage, transforming care, and improving health outcomes since the implementation of the Affordable Care Act. It includes $6.2 billion in federal funds over five years including the Global Payment Program, Public Hospital Redesign and Incentives in Medi-Cal, Whole Person Care, and the Dental Transformation Initiative.

CSAC registered its support for two bills by Assembly Member and former CSAC President Rich Gordon. AB 2475 and AB 2319 would create a forgivable loan program that would allow counties to leverage their own funds to support very low and extremely low income affordable housing development and add affordable housing to the list of infrastructure that the California Infrastructure and Economic Development Bank can support, respectively.

While the Governor endorsed the portion of the Senate’s “No Place Like Home” initiative that relies only on existing revenue in his May Revise, he declined to support the Assembly’s requests for $1.3 billion in one-time spending on affordable housing—a request cut approximately in half in the Assembly budget subcommittee this week. CSAC is supporting AB 2817 (Chiu), which is on the Assembly Suspense File and would implement part of the Assembly plan by increasing tax credits to finance new affordable housing units.

CSAC has concerns with SB 1383, especially as it relates to the methane reduction standards contained in the bill and those that are proposed for organics disposal in the Draft Short-Lived Climate Pollutant Report circulated by the California Air Resources Board. Primary concerns include the time and costs required to build and finance a new infrastructure for organics.

Payments in Lieu of Taxes

CSAC supports SB 1188 (McGuire), which would reverse a change in the Payment in Lieu of Taxes statute that was made by the Department of Finance last year making the program permissive rather than required.

CSAC is sponsoring AB 2636 (Linder), which would allow local jurisdictions to provide consumers with the option to complete an online request for vital records digitally, consistent with the current practices of more than 33 other states. The bill would reduce the amount of time for requesting a vital record and significantly reduce costs for counties that must match online requests with notarized documents. The bill would also make it easier for certain populations, like military personnel and the homeless, to access their vital records to obtain important public benefits.

CSAC supports SB 1212 (Hueso), which would facilitate the expansion of the 2-1-1 network statewide by authorizing the California Public Utilities Commission to spend up to $1.5 million from the California Teleconnect Fund Administrative Fund to expand service into new counties. Currently, 38 of California’s 58 counties offer 2-1-1 services either individually or regionally. The 2-1-1 network provides simplified access to real-time information to the public on health and human services and supports emergency care, crisis interventions, as well as disaster preparedness, response, and recovery.

CSAC is opposed to SB 1170 (Wieckowski), which would prohibit a public entity from delegating to a contractor the development of Stormwater Pollution Prevention Plan (SWPPP) on a public works project. This would create confusion and conflict within the public works process by further disconnecting the entity responsible for its development from the entity that performs the actual work related to the SWPPP.

CSAC has an “oppose unless amended” position on AB 2523 (Mullin), which would make the county district attorney responsible for enforcing “default” statewide campaign finance rules to city, special district, school district or community college district elections in the absence of a locally adopted campaign finance ordinance. First, the county district attorney is an elected office that would be held to same campaign contribution limits as other elected officials. Second, special district and school district (including community college district) jurisdictions can encompass multiple counties.

CSAC supports SB 868 (Jackson), which would establish a regulatory framework for unmanned aircraft technology and operations in California. The increased use of unmanned aircraft technology in recent years offers a variation of benefits, but also presents a series of challenges for state and local government regulatory authorities. The lack of clear regulations with this technology has led to multiple problems with the interference with first responders, firefighting efforts, near-collisions with aircrafts, and invasions of privacy. SB 868 takes a critical step in addressing these issues by establishing the State Remote Piloted Aircraft Act.