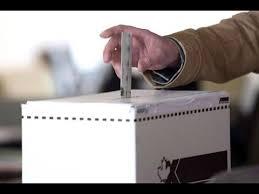 Just a day after both houses of the Legislature passed it, Governor Jerry Brown has signed Assembly Bill 120 that will provide over $16 million to counties for elections administration. The CSAC-supported bill will provide funding in the current fiscal year to the Secretary of State’s Office to reimburse counties for elections costs incurred between April 26 and July 15, 2016.

CSAC strongly supports this allocation and appreciates the effort initiated by Secretary of State Alex Padilla, who formally raised concerns earlier this month. New voter registrations are pouring in as voter excitement for the June primary contest grows. At the same time that elections officials prepare for the June 7 election day, potentially dozens of initiative petitions will need to be verified by counties according to strict statutory deadlines. The 2016 election cycle is unusual for many reasons but the magnitude was not fully understood until March of this year.

The specific allocation formula will be developed by May 1. Pursuant to AB 120, it will be based on the total number of signatures submitted for the November ballot initiatives to a county and the total number of registered voters in a county. Counties will have until August 1 to submit certified expense reports to the State Controller’s Office. Counties are strongly encouraged to carefully track their costs to provide timely certified statements, which will need to include relevant documentation. CSAC will distribute additional details as they become available.

Earlier this month, Solano County Supervisor Erin Hannigan testified along with Los Angeles County Registrar of Voters Dean Logan before a joint Senate committee hearing on the need for the emergency funding allocation. The sudden workload demands are on top of existing cost burdens resulting from eight years of unfunded special elections to fill legislative vacancies and five years of unfunded elections mandates that are integral to the elections process.

Senate Budget and Fiscal Review Committee Chair Mark Leno stated during a committee hearing that should funding needs continue to grow a supplemental allocation could be made to accommodate voter demand and elections administration needs. This could be part of the current or next fiscal year budget.

County Of The Week: Madera