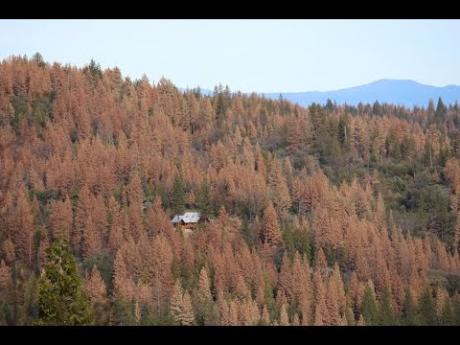 Three more California Counties have been added provisionally to the list of those most directly impacted by tree mortality. When confirmed, they will join six others to be eligible for more assistance from the state to deal with the massive die-off of trees. The drought and a bark beetle infestation have already devastated some forest watersheds, killing more than 29 million trees in the foothills and Sierra Nevada.

Governor Brown declared tree mortality a statewide emergency last year and he also set up a task force to begin assessing and managing the problem to the degree possible. Headed by CalFire, the task force includes representatives from state agencies, local governments and utilities. CSAC and several individual counties are active participants.

Tree mortality is dramatically visible in Fresno, Madera, Mariposa Tulare, Tuolumne, and Calaveras Counties — the original “High Hazard Zone” counties in the Southern and Central Sierra. But the whole State of California is impacted by tree mortality because the damaged ecosystem can no longer store carbon and improve water quality downstream.  To make matters worse, the beetles are moving northward, mainly up the western slope of the Sierra.

Three more counties — Amador, El Dorado and Placer — have just been added to the list provisionally. They are waiting for results from flyovers that measure tree mortality. These counties will join the other six that are eligible for state funding to help remove trees that could potentially fall on people, roads, and other infrastructure.

Governor Brown earmarked $161 million in the state budget for forest health and to help deal with tree mortality, and there is an additional $30 million in disaster assistance grants that could also go for this purpose. It is one of CSAC’s priorities to see that funding remains in the final budget proposal. The task force is coordinating the activities of various counties and other stakeholders to get the most bang for the buck.

Tuolumne County and Mariposa County are often cited as having excellent tree mortality plans and emergency declaration documents. Click on the links to see their web pages dedicated to this issue.