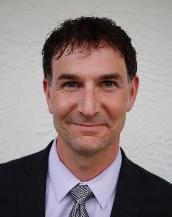 SACRAMENTO –After a nationwide search, the California Association of Counties (CSAC) selected one of its own key staff members to serve as its new Executive Director. Graham Knaus, who has been serving as CSAC’s Deputy Executive Director of Operations and Member Services for the past three years, has been named the Association’s 11th Executive Director in its 123-year history. He assumes the new role effective today.

CSAC’s 15-member Executive Committee, comprised of county supervisors from throughout California, chose Knaus after an extensive search. He succeeds Matt Cate, who announced his departure earlier this year after leading the Association for the past five years.

“Graham Knaus has proven to be an incredible asset to CSAC as a Deputy Executive Director and is exactly the right fit for this new challenge,” said Leticia Perez, CSAC President and a Kern County Supervisor. “Graham possesses the leadership and vision that will position CSAC strategically as we move forward into a new political climate.”

“I have a deep passion for county government and the critical services they provide,” Knaus said. “I am deeply honored by the trust CSAC leadership has put in me and am eager to lead a sophisticated political advocacy agenda, as well as ensure our counties are receiving all the necessary support to deliver outstanding services in their communities.”.

As CSAC’s Deputy Executive Director of Operations and Member Services, Knaus has led improvements in providing direct services to counties, expanded opportunities for counties to share innovative solutions, has overseen significant growth in the Association’s educational Institute and development of communications platforms as advocacy tools.  He also implemented effective policies and procedures to ensure the Association’s strong financial position. In 2017, Knaus served as the lead advocate on working with the Governor’s Administration on negotiating an In-Home Supportive Services agreement that worked for both counties and the state. He has also served as the Chief Executive Officer for the California Counties Foundation.

Prior to joining CSAC in 2015, Knaus served multiple roles in Placer County, including Assistant Director of Health and Human Services, and County Budget Director. Knaus also spent a decade representing counties in the State Capitol, including serving as a senior fiscal and policy analyst for the County Welfare Directors Association of California. He received his Bachelors of Arts in Political Science/Public Policy from UC San Diego, and his Master’s in Public Administration from the USC School of Policy, Planning and Development.

The California State Association of Counties is the voice of California’s 58 counties at the state and federal level.