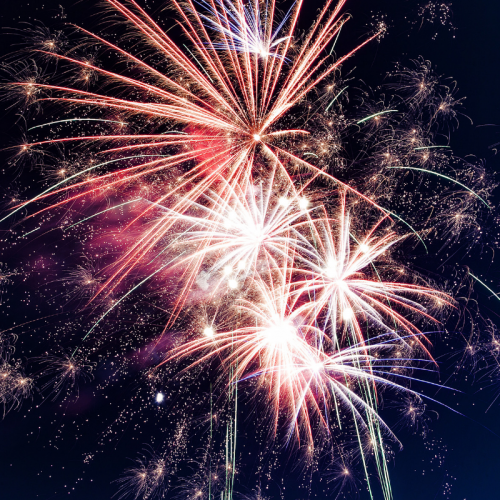 As a child, I always looked forward to Fourth of July celebrations. Not only did my family host 200 of our closest friends for a potluck party on our five acre “truck farm” in New York, but my four uncles by marriage provided an extensive fireworks display. While fireworks have been a part of Fourth of July celebrations from the very beginning– more on that later– in many California Counties, the reality of wildfire season means local ordinances, restrictions and adaptations to keep the Fourth festive, safe and wildfire-free.

Before the Declaration of Independence was even signed, President John Adams envisioned fireworks as part of the Fourth of July festivities, with “Pomp and Parade,” and more. The first commemorative Independence Day fireworks were set off on July 4, 1777.

In the remaining counties and communities, personal fireworks and sparklers are illegal, with fines ranging from around $100 plus fees to the entire cost of fire suppression. However, not to dampen the celebration in areas where all fireworks and sparklers are banned, there are numerous professional fireworks displays for the public. For example, the Marin County Fair provides nightly fireworks shows from July 3-7 and the Riverside County Sheriff’s Office webpage provides links to public displays within and among area counties.

Later this year, the California State Fair, located in Sacramento County, will take fireworks safety one step further, replacing its regular fireworks display with a drone light show. This high-tech display is not only more environmentally friendly than traditional fireworks, but also more inclusive for individuals sensitive to loud explosions.

So, in honor of the Fourth of July holiday tomorrow, I hope you’ve enjoyed this overview of how fireworks became part of our celebration, and how to celebrate safely. Here’s to a safe and festive Fourth of July, “…o’er the land of the free and the home of the brave!”