An Ounce of Prevention! Siskiyou County: Bridging the Gap 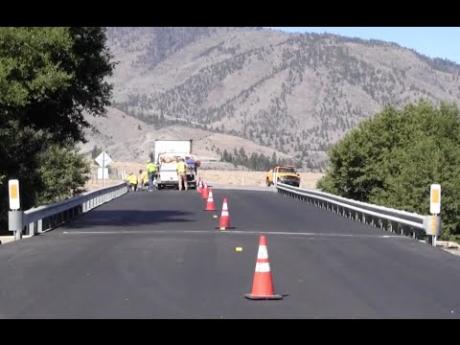 See the video about the Siskiyou County Systematic Bridge Maintenance Program here. and all of the CSAC Prevention and Early Intervention videos can be found on this YouTube playlist.

Most of the programs we are highlighting in our series of Prevention and Early Intervention blogs and videos are aimed at people. Childhood obesity, kids at risk, suicide—if a county can intervene, or better yet prevent those issues from becoming problems, everyone wins. But counties provide so many more types of service. Some may not seem as critical, but they are nonetheless just as important to a county’s vitality and overall quality of life. So, let’s talk about potholes for a minute.

There is no problem in government quite as prosaic as the pothole. How often have you heard something like: “He may be a great leader but can he get the potholes fixed?” It’s the old axiom that “all politics are local” brought down to where the rubber meets the road.

Siskiyou County is crisscrossed with creeks and rivers, and they have a lot of bridges to look after. And they get temperature swings through the year from below zero to more than 100 degrees. And most years, they get a lot of rain and some snow, too. The harsh conditions are hard on the pavement that protects a bridge’s structural components. In short, if you let a pothole go too long, you’ll have to replace the whole bridge.

And with so many people in Siskiyou living on the far side of at least one bridge from the hospital, fire department or police agency, keeping the bridges in service can be a life or death issue. So in far-flung Siskiyou County, they take fixing the potholes and maintaining the bridges pretty seriously.

That was the genesis for an inspection and repair program that looked at 30 bridges in Siskiyou County. Most of them needed some kind of work—either higher railings to meet new safety standards, or in some cases, a significant overhaul to fix a deteriorating surface that could lead to bridge failure.

By bundling the individual bridge projects into one program, they were able to save some money with inspections and contractors. More importantly, they saved a lot of trouble down the line, by proactively fixing minor problems before they became bigger ones.

The bridges they fixed as part of this program get a new lease on life. They are open, accessible and safer for ordinary travel, and the occasional emergency. Siskiyou County’s comprehensive approach and attention to prevention means more people will have easier access to essential services. That’s the concept of Prevention and Early Intervention at work in Siskiyou County!