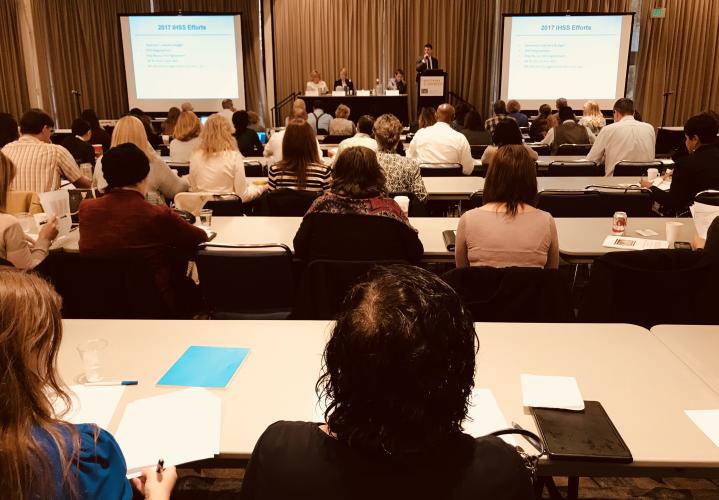 CSAC hosted a training for county staff today to prepare them to implement changes to the In-Home Supportive Services (IHSS) program. There were more than 200 participants at the training and nearly every county was represented.

The changes to IHSS resulted from the Administration shifting nearly $600 million in IHSS costs to counties and CSAC’s successful negotiations to mitigate the impact of that cost shift to the maximum extent possible. The final IHSS agreement was reflected in a budget trailer bill SB 90 (Chapter 25, Statutes of 2017) and clean-up provisions were included in the Health and Human Services clean-up trailer bill AB 130 (Chapter 251, Statutes of 2017).

The three main topics covered at the training were the new County IHSS Maintenance of Effort (MOE), wage and bargaining provisions, and IHSS Administration. CSAC staff presented along with staff from our affiliates, the County Welfare Directors Association and the California Association of Public Authorities. CSAC recognizes the importance of counties having the necessary tools to effectively manage this complex deal in their local communities. This training is part of our continued efforts to partner with, provide resources to, and train county staff on IHSS.

County Of The Week: Monterey