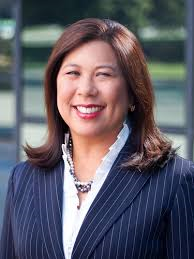 Given the numerous tax reform proposals being vetted by state and local policy makers, State Controller Betty T. Yee created the Controller’s Council of Economic Advisors to assess the impact of proposals on various stakeholder and taxpaying constituencies.

The nine-member council includes experts from a variety of backgrounds including academia, economics, business, and state and municipal government. The core objective is to review and comment on the potential impacts of numerous tax reform proposals, including the workability of proposals, practical effects, unintended consequences, and prospective alternatives.

SB 553 would close existing loopholes in statute prohibiting the consolidation of retail locations that would result in a substantial loss of sales and use tax for a local agency by restricting this activity if the retailer maintains a previously existing location. Current law does not prohibit a retailer from expanding its operations into another jurisdiction if the retailer is conducting a comparable operation within both local agencies’ jurisdictions, even if there is a substantial revenue loss to the original jurisdiction.

In addition, SB 533 requires a jurisdiction that will face a substantial loss of sales and use tax revenue due to a retailer relocation to be notified in advance, in addition to other public notification requirements that fall upon the secondary jurisdiction where the retailer is relocating. CSAC requests counties to review this measure and provide any comments or concerns about the revenue impacts or notification requirements.

This bill extends the sunset on the current county-led assessment of commercial air-carrier property for five additional years. The county lead system was established nearly a decade ago and has been successfully carried out by county assessors. Legislation is needed to continue the property tax assessment program beyond FY 2015-16. This proposal is strongly favored over SB 661 (Hill) which proposes to move the assessment to the Board of Equalization beginning in FY 2017-18. CSAC is opposed to SB 661, which was heard in Senate Governance and Finance Committee earlier this week and was passed to the Senate Appropriations Committee.

Assembly Member Bloom has reintroduced his proposal to allow successor agencies greater flexibility to use proceeds from bonds issued between January 1, 2011, and June 28, 2011, also known as the “mardi gras” bonds because of their issuance upon the governor’s announcement of plans to dissolve redevelopment agencies. CSAC opposes this measure because it would come at the expense of county property tax dollars and give special favor to those agencies that incurred debt during this specific time frame.

A reintroduction of last year’s AB 280 (Alejo), CSAC is concerned with provisions in this measure that requires the Secretary of State of approve numerous potential changes that local agency may make to their elections policies. Of specific concern is the new onerous requirement for establishing voting locations under the measure. CSAC is working with the author’s office to determine the nature of the problems associated with the current voting location establishment process.