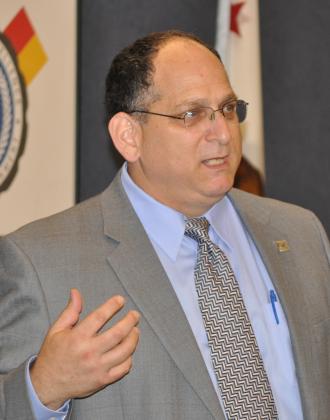 Twas the Night Before Christmas….

Twas the night before Christmas, and all round the State, the counties were peaceful, all 58

The stockings were hung, from Del Norte to Imperial, as dusk finally fell, soft and ethereal

I grew up on a small “ranch” in Penngrove, Sonoma County, that had two houses for people and about a dozen houses for chickens—over the years, family farming in the poultry industry became less and less profitable and my father got out of the chicken business altogether in the late 1960s. Since then the chicken houses are all gone and another house—for people—has been added to the top half of the five acres where I grew up.

More and more, Californians are turning to the initiative process to propose and enact sweeping changes to public policy in everything from taxes and school funding to social policies including immigration and gay marriage. As we have seen with Proposition 8, the ban on gay marriage, the initiatives do not always stand the test of constitutional scrutiny.  The initiative process can, to some degree, circumvent the delicate balance of powers among the Judicial, Legislative and Executive branches of government.

Earlier this year we were privileged to travel to several California Counties to see how they are handling the biggest shift in the administration of justice in California in decades. AB 109, also known as Public Safety Realignment transferred authority for thousands of criminal offenders from the state to the county—in the belief that counties could do a better job of managing their rehabilitation. Is it working?

There’s a story circulating today on the MSN news site that lists the 10 counties across the country where people live longer on average than elsewhere.

The “Duke” is In the House

The very first story I ever covered as a paid journalist was a tour of the newly rented “Governor’s Mansion” in Sacramento’s Wilhaggin neighborhood prior to George and Gloria Deukmejian moving into it. The story reverberated locally because Governor Jerry Brown, in his first iteration in that post, lived in a small apartment near the Capitol, and land set aside for a new Governor’s mansion had been sold.

When people say that government agencies should be run more like a business, I suspect what they really mean is that government should use more efficient processes that result in better customer service. That’s what Sacramento County is now offering through a change of technology and process in their Cal-Fresh Service Center.

Meeting the Challenge: Riverside County’s Use of Inmate Labor

Riverside County covers more than 7,000 square miles, and includes some of the most sparsely populated landscape in the state. Keeping a county that big clean isn’t always easy, but Riverside County has a long-running jail inmate work program to pick up trash and maintain the landfills. It helps keep the roadsides clean and the inmates get some much-needed activity.

Mental illness! For some reason, we are perfectly happy discussing other chronic problems, from diabetes to the heartbreak of psoriasis, but mental illness? Let’s not talk about that right now. And because we don’t want to talk about it many people who suffer from it suffer alone. Mental illness can manifest itself in behavior that is unpleasant at best so many people who have it are estranged from their families and friends. They often rely on county mental health services for help.

When there’s an emergency, like a flood or a toxic spill, communicating effectively can literally mean the difference between life and death. Knowing how, when and with who to communicate before the emergency happens can be immensely important. By definition, an emergency is unpredictable, except that you can predict that there will eventually be another one. You might not know when the next flood, fire, epidemic or earthquake will strike, but you can prepare for them. However, for immigrants language and cultural barriers can make disaster communication even more difficult.

“Water water everywhere, nor any drop to drink” complains the Ancient Mariner as he recounts a harrowing voyage at sea. Here in California, on dry land, we too lament our water situation. Like the Mariner, we sometimes run short of clean fresh water for thirsty cities and agricultural crops. And just as often it seems, we have too much water, in the wrong place, all at once. Dealing with a flood can be just as harrowing as going thirsty.

Crime doesn’t pay — it costs. Anyone who has ever been a crime victim can tell you that, but so can county sheriffs and probation chiefs who are responsible for keeping track of many of the people who commit crimes in California. They will tell you that it is far more expensive to keep someone in jail than it is to supervise them in the community. The corollary to that is it is far less expensive to help someone so they don’t break the law again, than it is to have to put them back in jail if they do. And if they aren’t committing more crimes, they aren’t creating anymore victims either.

The state’s 2011 shift of criminal justice responsibility to counties under AB 109 has generated extensive commentary and analysis about how well it’s working. As it happens, “Smart Justice” is the theme for the National Association of Counties’ County Government Month, and counties are indeed working smarter to manage these new responsibilities.

Many counties are developing and expanding programs designed to reduce recidivism. For County Government Month CSAC is highlighting the best practices of four California counties.

What Would “Big Daddy” Say?

“Big Daddy” Jesse Unruh, the man who invented the modern role of the Speaker of the California Assembly, coined the phrase “money is the mother’s milk of politics” back in 1966. One could easily argue that it is still true today.

Campaign contributions and fundraisers are still a big part of the Capitol culture in Sacramento. The online publication, Capitol Morning Report has a section called “The Daily Bread” listing the day’s campaign fundraisers — most of them at various restaurants a short walk from the Capitol.

Not Enough Rocks? That’s Just How We Roll!

California has a lot of recent experience with shortages. The state has been short of money, short of water, short of jobs. But there’s a new shortage looming that could spell real trouble. I refer to a recent story in the Fresno Bee that describes a potential statewide shortage of rocks.

U.S. Communities – the Gold Standard for Cooperative Purchasing If imitation is the sincerest form of flattery, then U.S. Communities ought to be blushing. It was the first – and for a while the only – purchasing cooperative for local governments. Now, the field is crowded with wannabes that claim to save money and streamline purchasing for local governments. But seven key facts distinguish U.S. Communities from the others. 1. Significant Savings at No Cost to the Public Agencies: Since 2001, the program has saved public agencies over $1.7 billion. More than 55,000 public agencies use U.S.

As a kid living in Sonoma County, I remember being frightened by the once-rampant rumor that the next big earthquake would split the state at the San Andreas Fault and everything west of that geologic line would sink into the Pacific Ocean. Our five acres in Penngrove would suddenly be beach-front property.

The Noise of Democracy

The CSAC offices are located exactly one block north of the State Capitol, perfectly positioned to observe that hallmark of American democracy – the political rally. Many of them occur on the north steps of the Capitol—a long chip shot from the side door of the CSAC building. Today’s issue was health care – with those gathered arguing for a single-payer health care system in California.

As a reporter in the earlier part of my career, I covered dozens of political rallies at the Capitol.

Surfing with the Governor

I don’t know if Governor Jerry Brown, a life-long Californian, has ever actually been surfing, but he is currently riding a wave of political acumen, popularity and good fortune that could qualify him to compete in the elected official’s equivalent of the “Mavericks” big surf contest.

Some of his earlier public policy wins are well documented; 2011 realignment, pension reform, and passage of Proposition 30 come to mind.

The Governor has called a “special session” of the Legislature to work on implementing the Affordable Care Act (ACA).  When the ACA takes full effect in January 2014, about a million more people will be eligible for Medi-Cal and the Governor has outlined two possible ways to expand Medi-Cal coverage.

It’s not often that you hear the Bible, William Butler Yeats, and “The Little Engine That Could” quoted in the same political speech, but Governor Jerry Brown did just that today in a wide ranging State of the State address that was aimed as much to inspire as it was to inform.

The Governor told the story of Joseph interpreting Pharaoh’s dreams about feast and famine as he talked about ending California’s cycle of boom and bust by living within its means, even as Proposition 30 is providing some additional revenue.

We have Met the Arrestee and He is Us

A ground breaking study of who actually gets arrested in four California metropolitan areas has some surprising results. It’s us.

The best solutions to complex issues often come from a solid application of the three Cs: communication, collaboration and cooperation. And that is exactly what was going on earlier this week in the CSAC Conference Center in Sacramento. About 40 county administrative officers from across the state came together to talk about allocation of AB 109 public safety realignment funding.

The Governor Makes a Case Re: Prison Reforms

I was lucky enough to squeeze into room 1190 at the Capitol on Tuesday for Governor Brown’s press conference regarding prison conditions in California. It was a virtuoso performance by one of the preeminent figures in the last half century of California politics.

The Governor, citing a significant reduction in the number of inmates and major improvements in physical and mental health care, officially ended the state of emergency in California prisons.

Fiscal Cliff: It’s Not Over Yet for Counties

We are starting to see some specific analysis from the last minute deal to avoid the fiscal cliff, but even as we digest more details, some pundits are saying the specifics are less important than the deal itself.

Coming up to Speed on Realignment

I am new to CSAC, but I’ve been in and around Sacramento for a long time and I am familiar with at least some of the issues on the county radar screen.

Hello, my name is Gregg Fishman and I have just been hired as CSAC’s new Communications Coordinator. I look forward to working with many of you in the coming weeks and months, but in the interim, I thought I’d let you know a little bit about my background.

I worked for nearly 13 years as a Public Information Officer in the energy field, at the Sacramento Municipal Utility District, and more recently at the California Independent System Operator (Cal-ISO).