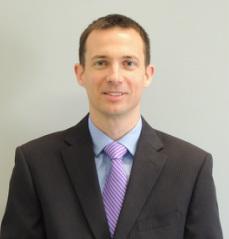 With the House in recess and the chamber’s Republican lawmakers at their annual policy retreat, all eyes were on the Senate Judiciary Committee this week. The panel held a series of hearings to consider the nomination of Judge Ketanji Brown Jackson to succeed Justice Stephen Breyer on the Supreme Court. Jackson, who President Biden nominated for the post on February 25, currently sits on the U.S. Court of Appeals for the D.C. Circuit. She has also served as a district court judge, worked as a public defender, and spent time on the U.S. Sentencing Commission.

On Wednesday, March 9, the House of Representatives passed a massive $1.5 trillion fiscal year (FY) 2022 omnibus appropriations package. The bipartisan legislation (H.R. 2471) provides funding for every federal department and agency, as well as emergency humanitarian assistance and military aid to Ukraine.

On March 1, President Biden delivered his first official State of the Union address to a joint session of Congress. Biden began his nearly 62-minute speech vowing to confront Russia over its invasion of Ukraine. Among other things, the president outlined a number of retaliatory actions that the United States would take, including an announcement that the U.S. would close its airspace to Russian airlines.

Although leadership elections were the primary focus on Capitol Hill this week, several major legislative items are unsettled and will need to be dealt with in the limited time remaining in the 115th Congress.  Job one for lawmakers is tackling the unfinished portion of the fiscal year 2019 budget.  While 5 of the 12 annual appropriations measures have been finalized, the remaining seven bills – which cover dozens of federal agencies – are operating under a short-term continuing resolution (CR) that expires on December 7.

Party Leadership Elections Held in the House and Senate

After what proved to be a historic midterm-election cycle, returning members of the House and Senate were joined in Washington, D.C. this week by newly elected members to begin the process of organizing for the new 116th Congress. In the House, Republicans – who will make a return as the chamber’s minority party for the first time in nine years – held a closed-door meeting to select their leadership team for the 2019 and 2020 legislative sessions.

Latest News Out of the Nation’s Capitol

Members of the House returned to the nation’s capital this week following their annual month-long summer recess. They were joined by their colleagues in the upper chamber who had a more truncated August break.  Majority Leader Mitch McConnell (R-KY) kept the Senate in session for much of the month to advance a slew of presidential nominations and to make progress on the fiscal year 2019 appropriations bills.

With the start of summer recess quickly approaching, House lawmakers worked this week to tie up a number of loose ends before leaving town for their month-long August recess.  While the lower chamber is slated to adjourn at the close of business on July 26, the Senate is expected to remain in session throughout the summer in order to focus on confirming a growing list of Trump nominees, as well as consider a number of unfinished legislative items.

NACo’s 83rd Annual Conference and Exposition – hosted by Davidson County/Nashville, Tennessee – brought together more than 3,000 county officials and staff from across the country.  The conference, which ran from July 13-16, provided a valuable opportunity for county officials to network, as well as share information and best practices with their colleagues from every corner of the United States.

For the second time in less than a week, members of the House voted to defeat legislation aimed at reforming the country’s immigration system. The June 27 vote – in which more than 100 Republicans joined every Democrat to reject the GOP leadership-backed bill – follows last week’s defeat of a more conservative-leaning proposal (HR 4760).

Lawmakers continued to make progress on the fiscal year 2019 budget this week as the House began debate on its first combined spending package (HR 5895). As of this writing, the “minibus” appropriations measure – which includes the Energy and Water, Military Construction, and Legislative Branch spending bills – is still being considered on the House floor. 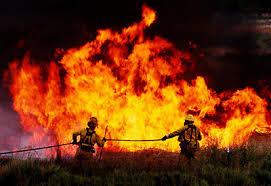 There was a flurry of activity on Capitol Hill the week of May 21 as lawmakers scrambled to make progress on a number of pending issues before departing for the week-long Memorial Day recess. In the wake of last week’s defeat on the Farm Bill, House Republican leaders announced on Monday that their reauthorization package (HR 2) will be brought back to the floor for a vote the third week in June.

The House of Representatives overwhelmingly approved legislation (HR 4) that would reauthorize the Federal Aviation Administration (FAA). The measure, which was cleared on a 393 to 13 vote, is especially important to counties that operate airports, as it would renew programmatic authority for federal aviation programs through fiscal year 2023. The FAA is currently operating on a short-term extension that runs through September 30.

House lawmakers marked this week’s tax-filing deadline by approving a series of bills to modernize the Internal Revenue Service (IRS).  On April 18, the chamber overwhelmingly approved the 21st Century IRS Act (HR 5445), which would help expand electronic filing of tax returns, allow the agency to accept credit card payments, and broaden the appeals process for taxpayers, among other things.  Another measure – the Taxpayer First Act (HR 5444) – that focuses on customer service and enforcement was unanimously approved.

Congressional leaders spent much of the week of March 12 attempting to put the final touches on a $1.2 trillion fiscal year 2018 omnibus appropriations package.  Faced with a March 23rd deadline to pass a new budget, the bicameral negotiations have been bogged down by partisan disagreements over a number of thorny issues.

More Federal Issues DOJ Sues CA Over Immigration, and Infrastructure Back in the News

Attorney General Jeff Sessions announced that the U.S. Department of Justice (DOJ) has filed a legal action challenging certain provisions of three California immigration laws.  According to the DOJ, the statutes in question (SB 54, AB 103, and AB 450) “intentionally obstruct and discriminate against the enforcement of federal immigration law.”  The Department is seeking both declaratory and injunctive relief in the Eastern District Court of California.

Dozens of California county officials and CSAC’s leadership and legislative teams were in Washington, D.C.

After a short recess, Congress returned to the nation’s capital this week, although both chambers faced a light legislative agenda.  The House shortened its schedule to just two days following the death of Reverend Billy Graham, whose body was laid in honor in the Capitol Rotunda on Wednesday and Thursday.  Graham is the first religious leader and only the fourth private civilian – joining civil rights pioneer Rosa Parks and two Capitol Police officers killed while on duty – to have received this honor.

State of the Union Address: What It Means for California

President Trump delivered his first State of the Union address to a joint session of Congress this past Tuesday, striking a conciliatory tone throughout much of the nearly 80-minute speech and signaling his willingness to work with members of both parties in the interest of advancing an agenda that protects American citizens of every background.

Although the Continuing Resolution (CR) approved this week by Congress did not include a DACA fix, the bill did contain several major policy riders that ordinarily would not be found in a spending package.  The legislation provides a six-year reauthorization of the Children’s Health Insurance Program (CHIP). And it delays the so-called ”Cadillac Tax” associated with the Affordable Care Act.

How Does the Federal Continuing Resolution Impact Counties?

With a little over 24 hours to go in their race to avoid a government shutdown, GOP congressional leaders were scrambling to generate sufficient support for a new month-long spending patch.  Absent fresh budget authority, federal government operations will cease at midnight on January 19 (excluding work performed by so-called “excepted employees”).

The special election in Alabama this week could have significant consequences for President Trump’s legislative agenda, but may not have much impact on federal tax reform. Democratic candidate Doug Jones defeated Republican Roy Moore and will soon represent Alabama in the U.S. Senate.

With just a handful of legislative days remaining on the 2017 calendar, House and Senate lawmakers spent the week of December 4 focused on several major unfinished items, including the fiscal year 2018 budget.  Currently funded by a stopgap Continuing Resolution (CR) that expires at midnight on December 8, federal agencies and the programs they operate must receive fresh spending authority from Congress to avoid a partial government shutdown.

The House Ways and Means Committee approved legislation (HR 1) to overhaul the nation’s tax code. At the heart of the Republican tax plan, known as the Tax Cuts and Jobs Act, is a proposal to shrink the current seven tax brackets into four – 12 percent, 25 percent, 35 percent, and 39.6 percent. (See the chart below for a comparison of the income thresholds for each of the marginal tax brackets).

The U.S. House or Representatives on November 1 advanced legislation – the Resilient Federal Forests Act of 2017 (HR 2936) – that aims to increase timber production and reduce the risk of wildfires on National Forest System lands. The bill would accomplish this largely by streamlining the environmental review process and limiting judicial review for certain projects. The legislation also would establish a procedure for requesting a wildfire disaster declaration on federal lands.

This Week in Washington: Appropriations, Health Care, and Taxes

The House continued this week its consideration of a catch-all fiscal year 2018 omnibus spending bill (HR 3354). The $1.2 trillion measure, which would provide a full year’s worth of appropriations for every federal department beginning October 1, was approved by the House on September 14 by a vote of 211-98. Passage of the legislation followed several days of debate during which time lawmakers voted on hundreds of amendments.

Lawmakers returned to Washington, D.C. this week following their month-long summer recess to face a number of pressing matters, including the urgent need to produce a Hurricane Harvey relief bill.  With the Federal Emergency Management Agency’s (FEMA) Disaster Relief Fund set to run out of money on Friday – and with a new threat, Hurricane Irma, bearing down on Florida – congressional leaders made consideration of an emergency supplemental appropriations package their number one priority.

At press time, the Senate was continuing to debate proposals to repeal and replace the Affordable Care Act (ACA), albeit with no clear legislative path in sight. Earlier in the week, the chamber voted 51-50 to begin consideration of health care legislation. Vice President Mike Pence was called upon to cast the deciding vote after Senators Susan Collins (R-ME) and Lisa Murkowski (R-AK) joined all Democrats in opposition to the motion to proceed.

House GOP Budget Committee leaders released earlier this week a $1.132 trillion fiscal year 2018 budget resolution.  The document sets the topline discretionary spending level for the upcoming fiscal year and potentially paves the way for a decade’s worth of cuts in taxes and entitlement spending via the budget reconciliation process.

Senate Majority Leader Mitch McConnell’s (R-KY) effort to bring an Affordable Care Act (ACA) repeal and replacement bill to the floor collapsed this week in the face of opposition from several members of his own party.  The development marked a stunning setback – and a potentially fatal blow – for Republicans in their seven-year quest to overturn President Obama’s signature domestic achievement.  The continued legislative uncertainty also raises serious questions regarding the long-term future of the American healthcare system.